Through the first half of the 2022-23 NHL season, the Nashville Predators have stabilized from an uneven start and made a run back into the playoff picture. However the righting of the ship has come largely in the form of Juuse Saros returning to his Vezina-caliber play and the offense outscoring their expectations. The Predators offense has continued to struggle in terms of consistently establishing possession than generating and finishing scoring chances. While Forsberg and Josi are certainly holding up their end of the bargain, another finisher is needed up front if the team hopes to continue ascending the standings. One team who might fit the bill is the Vancouver Canucks who are mired in mediocrity and salary cap issues with some glaring holes on their roster. Let’s look at how the Predators and Canucks could pair up for a hockey trade benefiting both teams.

To the Predators – Brock Boeser

While Boeser is in his 6th full season in the NHL, he is still just 25 years old. For whatever reason, he has seemed to be perpetually on the trade block and I have advocated for the Predators to acquire him on multiple occasions. Boeser has a lot of talent and a solid history of production but he is hardly a slam dunk of a potential acquisition. A former first-round pick of the Canucks, Boeser has eclipsed the 20-goal mark 4 times and has shot 13% for his career. Boeser has also proven to be a player who can score around the net, not just from perimeter areas. However, Boeser has a history of injuries, only playing no more than 70 games once. He also carries a sizable contract at $6.65M for two more seasons after this one. For a Predators team that is likely to hit a significant transitional phase over the next 2 seasons, Boeser is the right age to be in his prime years as the next wave of prospects reaches the NHL.

To the Canucks – Dante Fabbro

Vancouver needs to get younger and cheaper on defense and their right side is desperately lacking another top-four caliber skater who can be part of the long-term plan. Dante Fabbro is still just 24 years old and will be an arbitration-eligible RFA with a $2.4M qualifying offer. Over his recent tenure in Nashville, Fabbro has been a challenging player to assess because his overall game is solid but the mistakes have been glaring. He skates well, is consistently positive in possession, excels at defending blue-line entries and is a solid passer hitting forwards in the neutral zone. His decision making though can be too slow allowing himself to be pressured and causing unnecessary turnovers. What I often fall back on is this… Fabbro spent most of the ‘21-22 season paired with Roman Josi. If Fabbro were actually bad there’s no way Josi reaches 96 points. His ability to play a solid defensive and transitional role next to an offensive defenseman has got to be attractive for a Canucks team looking for a long-term partner for Quinn Hughes.

How Does the Trade Work?

The biggest challenge will be Nashville creating the cap room to absorb Boeser’s salary. Nashville just doesn’t have many players who carry significant salaries and make sense for Vancouver as a return. As a result, the Preds will need Vancouver to retain salary on Boeser. Thanks to Cap Friendly’s trade machine, it will take about 30% retention (or a shade under $2M) to make the cap calculations work. The price for retaining on Boeser is the Sharks’ 3rd round pick (acquired in the Luke Kunin trade) and NSH’s 4th round pick in 2023.

This trade gives the Predators a scoring forward to play in the top 6 and help fill the gap in finishing talent. Vancouver gets a young NHL defenseman who can play with Quinn Hughes and will be relatively cheap to retain, two draft picks in a year with a lot of prospect talent and they get out from under Boeser’s contract. Creating that type of win-win is that sweet hockey trade music we all love to see. 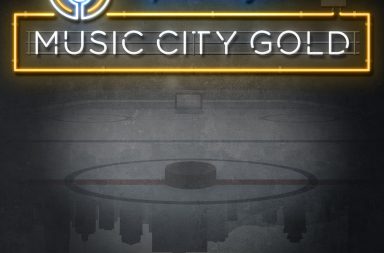 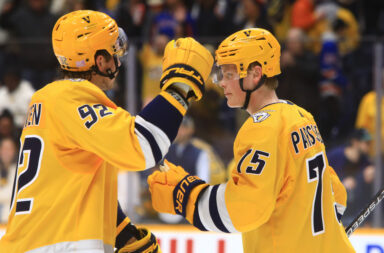 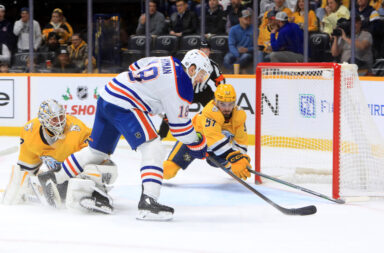