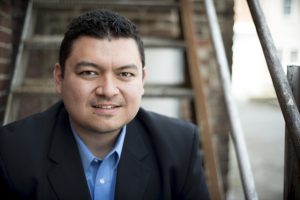 Justin B. Bradford (Founder/Host of Penalty Box Radio/Editor-in-Chief/Co-host of “Southern Hostility”) Justin was born in Michigan, but moved to Tennessee when he was seven. Hockey is in his blood. After originating in Cell Block 303, Justin headed over to the press box to cover the Nashville Predators for Penalty Box Radio. He also plays rec-league hockey for the Mighty Drunks at Ford Ice Center. Currently, Justin has a book on the history of the Nashville Predators titled Nashville Predators: The Making of Smashville. An award-winning reporter, in 2013, he received the Silver Medal in the Best Sports Reporter Category for The Tennessean‘s Toast of Music City reader’s poll. In 2014 & 2015, Justin was voted as the Best Sports Reporter in Nashville. In 2014, PenaltyBoxRadio.com received the silver medal as Best Blog in Nashville. In 2015, the website received the award for Best Sports Blog in Music City. He has been a featured guest on “NHL Tonight” on NHL Network, “Inside Sports Sunday” on WSMV-TV, “All Things Considered” on NPR, “Road to the Cup” on WKRN-TV, “Sportsline” on NewsChannel 5+, “Predators Playoffs Today” on ESPN 102.5 The Game, TSN 1290 Winnipeg, Sportsnet 590 The Fan – Toronto, Sportsnet 650 Vancouver, TSN 1260 Edmonton, WGR Sports Radio 550 – Buffalo, 590 The Fan – St. Louis and featured in The Ringer, Saturday Down South and The Tennessean. Credentialed by the Nashville Predators, the NHL (Draft & All Star Game), WCHA, CHL and USA Hockey.
Follow Justin on Twitter: @justinbbradford 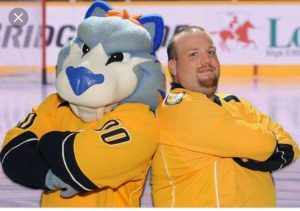 In memoriam of Big Ben (Founder/Co-host of Penalty Box Radio) – In 1972 a crack commando unit was sentenced by a military court for a crime they didn’t commit.  They promptly escaped to the Los Angeles underground where they survived as soldiers of fortune. Around this time two people met on the top floor of the Empire State Building. It was a night of wild romance. Those people went on to a prosperous and happy life with lots of kids. Meanwhile 12 years later 2 people who had nothing to do with this, came together. And Big Ben was formed…

Today Big Ben is a proud father. A humangously big Predators fan. He is also a fan of the Philadelphia Flyers, The Philadelphia Phillies, Puppies and Hugs. In his free time, Big Ben is a volunteer firefighter and he is the president of the Joe Dubin fan club.  Ladies, Big Ben is taken, but you can still admire his artwork on the megatron at games.
To donate to Firehouse Hockey or his son Jake’s future fund, click here. 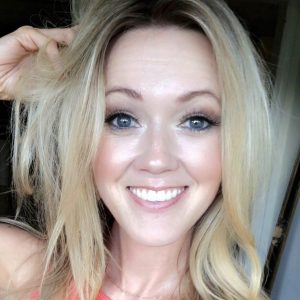 Glynne Blackwell (Co-host of Penalty Box Radio) – Glynne was born and raised in a small river town in Mississippi. Contrary to popular belief, she actually wore shoes and enjoyed running water and electricity. She also did not have chickens running aimlessly in her front yard, nor was she raised by a pack of wild cats. Well, some argue that the latter might be true….
She’s a lover of hockey nights at the arena, laughing hysterically, big city skylines, dancing at Tin Roof on any given Saturday night, lattes, making crazy memories, chasing her dreams and hugs. “I’m five foot 2, I wanna dance with you. I’m sophisticated fun. I eat filet mignon and I’m nice and young, best believe I’m number one…”
Follow Glynne on Twitter: @rebeccaglynne
Peyton Turnage – Director of Broadcasting (Play-by-Play, College Hockey) is a graduate of Murray State University. He grew up in Brownsville, TN before moving to Caruthersville, MO to finish high school. He went to his first Predators game in 2004 and was hooked immediately. He aspires to be the next voice of the Predators. Despite the distance, he tries to make it to Smashville as often as he can. He is also a proud member of Alpha Gamma Rho Fraternity. Turnage is also the broadcast voice of the University of Alabama in Huntsville Division-I hockey team.
Follow Peyton on Twitter: @Peyton_Turnage

Jonah Storey (Play by play voice) – Jonah Storey is a sophomore at Columbia State and will be graduating with an Associate Degree in May 2021. He will continue his education at an SEC school in the fall of 2021. He has experience broadcasting GNASH, SECHC and Elite Edge Showcase games. He is featured voice on Penalty Box Radio on Wednesday nights on 102.5 the game, where he also interns.

Cameron Gumpy (Host of “Southern Hostility”) – Cameron fell in love with hockey while playing inline hockey for 6 years throughout elementary school. After high school and a short stint playing Ska Punk Trombone, Cameron Gumpy studied improv & stand up comedy for years at the Sacramento Comedy Spot in Sacramento, California. When moving to Nashville became a possibility in April 2011, Cameron followed the Predators during their first playoff series victory. Since moving to Nashville, Cameron has become a Predators season ticket holder and currently studies improv at West Coast Comedy in Marathon Village.

Lucy Marie Brady (Co-Host of “Smashville Backstage”) – Lucy is originally from California but moved to Tennessee to chase her dreams in the music industry. Little did she know, the move would be everything she dreamt about and more. She is now living out her two biggest passions in life, music and sports! From a tour bus with wrinkled clothes to Bridgestone Arena in cowboy boots, sequins and pom poms, these are her stories from all the backstage adventures.

Kyle Hancock (Host of “Music City Gold”) – Kyle has been a native of Tennessee all his life, being born in Cookeville and now residing in Murfreesboro. He started his Preds journey by going to a few games here and there during the years, but after watching a playoff games against Chicago in 2015 he finally took the dive and became a season ticket holder. Kyle recently started becoming active in the hockey community as well, recently working the South Eastern Collegiate Hockey Conference as a score/stats keeper. When not doing his day job as an IT guy, he is busy consuming all things Preds and hockey related. Lucy is originally from California, but moved to Tennessee to chase her dreams in the music industry. Little did she know, the move would be everything she dreamt about and more. She is now living out her 2 biggest passions in life, music and sports! From a tour bus with wrinkled clothes to the Bridgestone arena in cowboy boots, sequins and pom poms, these are her stories from all the backstage adventures.

Matt Bain (Co-host of “Music City Gold”) – Matt enjoys bringing some comic relief to the podcast and also an outsider’s perspective to the team. By day he works in surgery and by night he enjoys playing board games with his wife.
Follow Matt on Twitter: @MattBain31

Daniel Mangrum (Co-host of “Music City Gold”) – Daniel’s love for the Preds all started during their inaugural season at the age of 5. When he’s not working as an analyst, he enjoys geeking out and playing drums.

George Matarangas (Host of “Between the Fangs”) – George was born in San Jose, California where he grew to love hockey. He has been an editor for the Predlines hockey blog as well as written for multiple sites about different teams. On top of writing, George has worked as a scout and analyst in the OHL. It’s George’s personal mission to destigmatize advanced analytics and make them accessible for all fans.
Follow George on Twitter: @GeorgeM1019

Michael Wade – (Host of “Between the Fangs”) – Michael is a proud Nashville native, and loves its unique hockey culture. He is the co-host of Between the Fangs podcast, which focuses primarily on analytics in the NHL. After a brief tenure in Chicago for school, Michael is back home and ready to tell the hockey world what Nashville is all about. His specific interests are in analytics, in-depth player profiles, and chirping people at open hockey. Feel free to reach out to him – he never shies away from an argument.
Follow Michael on Twitter: @WadeM117