After opting out of this most recent AHL season, the Milwaukee Admirals are ready to come back in full force. In order to kick off the lead up to their 2021-2022 campaign, the first after their Regular Season Championship season in 2019-2020, the Milwaukee Admirals announced a new third jersey. At an event at the UW-Milwaukee Panther Arena Thursday night, Admirals’ owner Harris Turer unveiled the new sweater for the first time to the public.

The new jersey was designed by Dan Simon, who is also the individual who created the current Admirals logo which was named the 11th best hockey sweater of all-time by The Hockey News.

The team will wear their new alternate jerseys for approximately 10-15 games each season beginning in 2021-2022.

The Admirals will play their first game in over a year at the UW-Milwaukee Panther Arena on Saturday, October 16th. Their opponent is yet to be announced. 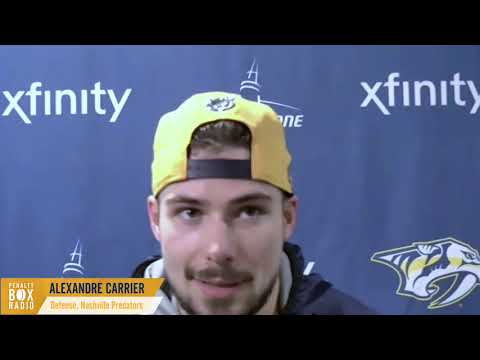 Carrier on first goal, Allard on debut and Hynes on prospects