Welcome back, everybody. If you’d have asked me at the beginning of the COVID-19 pandemic when quarantine started which AHL team I would be covering for Penalty Box Radio for the next season, I definitely would have been wrong. The 2021 season, it feels cliché to say, is unprecedented and is unlike anything we have ever seen before. The AHL took until January to hash out what a season may look like. It was announced that the Milwaukee Admirals, the primary developmental affiliate of the Nashville Predators, would not play this season. There were several factors that went into this, but financially it just did not make any sense for them to play.

Nashville Predators General Manager David Poile announced soon after that prospects would be scattered around the AHL and other leagues throughout the world, but the majority of AHL level prospects would play for the Admirals’ division rival the Chicago Wolves (the primary affiliate of the Carolina Hurricanes.) So… without further ado, let’s recap the first two games of the Chicago Wolves’ season…

(Editors Note: I’m going to try my best to distinguish between Nashville Prospects and Carolina prospects. I will use (NSH) and (CAR) to distinguish the difference.)

The Wolves started this matchup very similarly to how the Predators have started most of their games this season… by giving up the first goal. Grand Rapids started off scoring 7:38 when Kyle Crisuolo scored on a Griffins powerplay against Chicago goaltender Antoine Bibeau (CAR). The powerplay came after a Cole Smith (NSH) boarding minor at 7:20.

This put an end to the Griffins offense for the rest of the game. Towards the end of the first period, the Wolves tied the game when Tommy Novak (NSH) scored his first of the season on Griffins’ goaltender Pat Nagle. The puck ricocheted off Nagle’s glove and into the back of the net. This goal also had a secondary assist from Philip Tomasino (NSH), marking his first professional point.

It only took 2:09 into the 2nd period for Chicago to take the lead when four Wolves skaters set up in front of Nagle and thanks to some pretty passing, Seth Jarvis (CAR) was able to beat Nagle to score. Philip Tomasino had another secondary assist. This goal came on the powerplay after a Turner Elson boarding penalty 30 seconds into the period.

The Wolves scored an insurance goal when the Griffins failed to exit their defensive zone and passed to the Wolves’ Cavan Fitzgerald (CHI AHL contract) who ripped a slapshot from the point and scored. The Wolves won 3-1. Philip Tomasino earned the third star of the game in his professional debut.

This game was not on the AHL calendar until this last Thursday and was added after a COVID-19 outbreak impacted the Cleveland Monsters’ ability to travel, but the Wolves showed up and put together an impressive offensive showing.

The afternoon started out similarly to the Friday matchup with Grand Rapids. Chicago gave up an early goal 4:31 into the 1st period while on a penalty kill. John Quenneville (first cousin once removed of Florida Panthers head coach Joel Quenneville) scored against Chicago’s Jeremy Helvig (CAR). Less than four minutes later the IceHogs scored again on the powerplay, this time by Chad Yetman. Former Nashville Predator Cody Franson had an assist on both goals.

Seth Jarvis scored his second goal of the contest and third of the season at 8:10 with assists from Rees and Joey Keane (CAR).

The last Chicago goal came at 14:35 of the 2nd period when Rem Pitlick (NSH) intercepted a bad pass at the blueline by Rockford and scored on the breakaway against Rockford’s Tomkins. This was Pitlick’s first of the season.

The 3rd period was mostly quiet except for a small surge by Rockford at 9:27 when Matej Chalupa scored against Helvig to bring Rockford within one. It was too little too late for Rockford and the Wolves were able to secure the win 5-4.

This Wolves team is going to be a tough one to beat this season. It is essentially a “Best Of” team when it comes to Canes and Preds prospects. While it is missing some of Milwaukee’s weapons from last season like Dan Carr (currently under contract with the Washington Capitals) or Eeli Tolvanen and Yakov Trenin (currently with Nashville, either on the roster or taxi squad) the team is still stacked. I expect to see big things from Rem Pitlick this season as he pushes for a roster spot with Nashville this upcoming season.

At present, Chicago does not have a Nashville Predators goaltending prospect on its roster. After goaltender Connor Ingram decided to enter the NHL Player Assistance Program, Kasimir Kaskisuo was recalled from Chicago to the Predators taxi squad to backup Pekka Rinne and Juuse Saros in the event one of them must enter COVID protocols. With this being the case, I will not give much focus to Chicago’s goaltending until a Predators prospect is involved.

The road to the Calder Cup is underway and Penalty Box Radio will be here to cover the Chicago Wolves! The Wolves’ next game will be Tuesday February 9th at home against Rockford at 2:00PM CST. 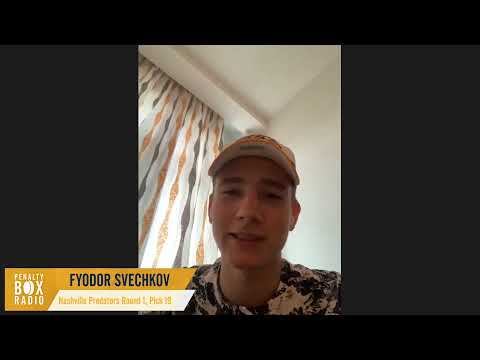 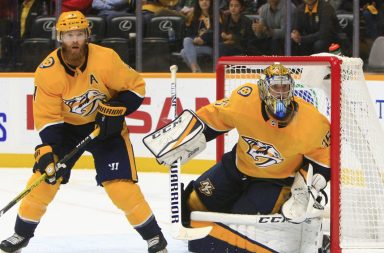