It’s no secret that youth hockey has become a staple in the Nashville area, especially considering the exponential growth it has seen in recent years. Back in July, youth players from around the country traveled to Nashville and participated in the Elite Edge Hockey Showcase at Ford Ice Center Bellevue.

After four months of hanging up the skates, youth hockey’s brightest prospects participated in a week long marathon of practice sessions, seminars and games in front of coaches and scouts that can help take them further in their careers. Although this year’s showcase was postponed from June and presented with the challenges brought on by a pandemic, the excitement on the ice and an overwhelming passion shined through any adversity.

Sixteen year old defensemen Cannon Lentz capitalized on that excitement as his immense talent and persistence pushed him above his competition. The defensemen, who showcased a wide range of skills and keen on-ice awareness, found himself on the scoresheet and in a very eager mindset. According to Lentz, there was no better feeling than being back in a competitive atmosphere.

“It feels amazing to be back, said Lentz. “It’s great to be out there again and to be having fun with the boys while getting ice time. It’s just amazing.”

The Nolensville native found himself skating alongside athletes up to three years older than him, but to Lentz, the age gap presented an opportunity, not a barrier. When questioned about the challenge of playing in a higher age group, he mentioned that despite being a younger athlete, his experience has given him an advantage and a way to widen his skillset.

Ever since he started attending the showcase, he has found himself making progress in his game and finding it easier to compete and excel against older competition.

Not only did Lentz find a way to utilize the showcase and prove his talent to media and coaches, but he found a way to make lasting relationships with athletes from across the nation. The defensemen is also a member of the Nashville Jr. Predators, and for the first time in months, was able to reunite with his teammates and represent his hometown after only being able to communicate through social media.

“It’s been very good seeing guys from different states, said Lentz. “A lot of kids from my team are getting to move down here to play in Nashville. Hockey has done a lot here.”

As youth hockey continues to grow in Nashville, more athletes have been able to work towards their futures in the sport and establish themselves as players. With a mindset directed towards success, Lentz says that being back on the ice has only motivated him as he plans on making a push to play at the next level. 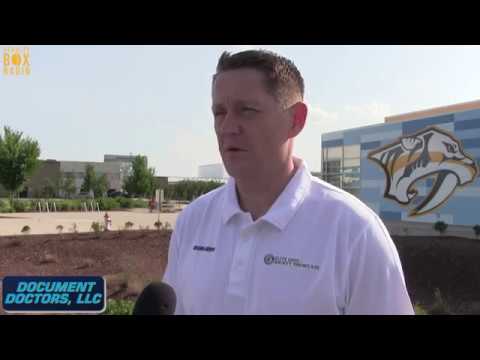 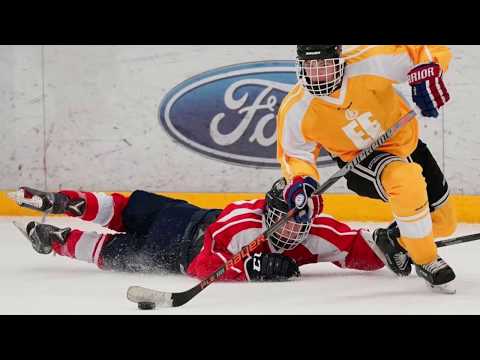