Most college hockey players will use their four years earning their undergraduate degree before hanging up the skates, collecting memories and bonding with teammates they’ll remember before moving on with their lives. Not such is the case with the Georgia Tech graduate student, who learned of Georgia Tech’s hockey program the summer after he had earned his undergraduate degree.

Holt already had plans to pursue a Bio-engineering PhD before he decided to develop his own hockey video game called Canvas Hockey, an arcade style game that enables users to enjoy the core elements of hockey. Canvas Hockey will be released on August 5th through Steam, or can be wish-listed through his website, Synvoyity.

Here is the full transcript of the interview.

JW: What drew you towards Georgia Tech’s hockey program?

BH: So I actually didn’t even know Tech had a program. I finished my undergrad degree in 2017, and decided to stay at Tech for my PhD. It wasn’t until the summer after I graduated that I got into contact with the hockey team. But I’ve been playing all throughout grad school and couldn’t be happier with the team. It’s been nothing but fun memories.

JW: Did learning that GT had a hockey program motivate you to stay there or was staying there your plan from the beginning?

BH: Staying there was my plan from the beginning.

JW: And what inspired you to develop Canvas Hockey? Did you earn a degree that allowed you to utilize your talents, or was this something you had been developing for a while?

BH: I’m doing a PhD in Bio engineering, which was what I studied in undergrad as well. I actually do research on ways to treat bacterial infections. But given the engineering degree, I took a lot of programming classes. I’ve also always been a huge fan of video games, especially Nintendo (the goal is to publish on Nintendo Switch). Around the start of the new year I started thinking it would be cool to make a hockey video game and that’s where I got the idea for Canvas Hockey. I got my fiance’s dad to come out to one of our practices with his drone to film me and our goalie, Colin Fessler, from above. I transformed the footage in the drone videos into the character animations for the video game.

JW: Congratulations on getting engaged! It’s interesting how the classes you took were transferable, even when you were pursuing a different career. What makes Canvas Hockey different from an EA hockey game like NHL 20?

BH: Thank you! And that’s a really important question to ask, especially for me when I started making the game. Obviously as an individual I don’t have the resources to make a game as realistic as EA’s NHL. Instead, I decided to boil down the visuals and game-play elements to the core essentials. This is a formula that has worked especially well for Nintendo’s multiplayer games, such as Super Smash Bros. The idea is to make basic controls that are easy to pick up, but difficult to master. This makes the game accessible to a broad audience, and makes it fun at casual parties and competitive esports settings alike. That’s why I started with the local multiplayer experience in mind, and wanted to make a tournament mode that would be really fun for a group of friends to pick up and play. Moving forward, I’d love to see a niche, competitive community crop up around the game, which is why I started a discord to start organizing tournaments. So essentially, the difference is that I’ve boiled the game-play down to what I believe to be the most fun, core elements of what makes hockey a unique sport, without any flashy gimmicks.

JW: So your game does NOT include celebrations that no NHL player does like shotgunning a beer?

BH: Hahaha. No (un?)fortunately not. There are a few, humble celebrations like a dive and dab, but nothing that eclectic.

JW: That’s super cool how you captured the key elements of playing hockey with drones and how you programmed the controls to be easy. Did you have a specific target audience with this game, or is this game for anyone who enjoys hockey video games?

BH: The intended audience will definitely be centered around hockey fans, at least to start. I’ve had several competitive NHL players/streamers try out the game to help me tweak some game-play elements, so I think it will have a good home some of their audience. But ultimately, I really hope it will reach more people who just enjoy good local multiplayer games. I’ve played it a lot with my family and friends and it can be a good time!

JW: Do you have a glass ceiling on where you want this game to go, or was this just something fun to do?

BH: It’s hard to predict what will happen, but I know that I want to get it on Nintendo Switch, and I want to support the community around the game for as long as possible.

JW: How long did it take you to fully finalize the game?

BH: I started in February, and we are set to launch August 5th, so its been about half a year. I’m working on my PhD full time, so I’ve basically had to turn my old video game playing time into video game making time haha

BH: So, in tournament mode and quick play, that’s more for local multiplayer settings, where you’d play with/against your friends. But I made A.I. bots that can fill in if you don’t have enough people. But I also knew realistically people won’t always have other people to play with, so I also made a single player Career mode. There you play against/with all bots and you start out in the lowest league (Bronze). You can level up your player and control your skill distribution, trade your team mates and goalies, and work your way up to higher leagues. The challenge is to reach the so-called Canvas Hockey League elite, which gets harder and harder since I made the A.I. bots get faster and smarter as you move up the leagues.

JW: And when you talk about key hockey elements, what are you referring to?

BH: To quote Slapshot, “Pass, Shoot, Score!” But in all seriousness, I’m referring to of course the basic actions (e.g., pass, shoot, hit, block). But boiling down the game to 2v2, as hockey players might know from small-area games, really opens the ice to interesting passing plays, frequent turnovers, and last minute come backs. I’m also posting videos to a YouTube channel to showcase some game-play by myself and with friends from time to time. Even after just a few videos some pretty crazy things have happened.

JW: What I especially appreciate about this game is the recapturing of the arcade style. Did you play a lot of arcade games growing up— if so, which ones?

BH: Yes absolutely. The first game I remember playing was Super Mario Bros. on the NES, and since then I’ve been a big Nintendo fan. In fact, another Nintendo game that uses the easy to learn, difficult to master approach is Super Mario Strikers on the GameCube, which was one of games that inspired certain game-play elements in Canvas Hockey, such as the diving check. Other games that served as inspiration were Rocket League (the 2v2 style game-play), and Killer Queen Black, which is a competitive full-screen arcade game that started out in arcade bars but recently moved to home consoles.

JW: Reading those video game names conjures a lot of fun memories for me. What was your favorite hockey video game growing up?

BH: NHL 2006 on the PlayStation 2. No hesitation. I played the crap out of that game growing up, and I still play it from time to time when I visit my parents. I also forgot to mention Super Blood Hockey (2017) above, which is another more recent example of a fantastic arcade hockey game. I’ve messaged the developer on twitter a few times and he’s been super encouraging and supportive.

JW: With the development of this game, do you foresee releasing another game like this one in the future? Are you open to developing a sequel or are you taking the Endgame Chris Evans approach?

BH: Haha. Absolutely want to keep making games. I’ve found a passion with this, and I’ve got quite a few ideas. Related to Canvas Hockey, I could definitely see myself making animations for different sports (e.g., soccer) to reskin the game with little effort and have it reach a new audience (i.e., Canvas Soccer). My pipe dream would be to have a competitive community flourish around the game and be a part of the transition to a more refined, esport version of the game such as in the case of SARP (Supersonic Acrobatic Rocket-Powered Battle-Cars) to Rocket League. Moving forward though, if I have the freedom to spend more time on this, I’d like to combine my background in Science to make video games for education in areas such as Biology and Physics.

JW: Would a long term goal be transforming Canvas Hockey into Canvas Gaming?

BH: I like the sound of Canvas League, so long as it doesn’t infringe on the Rocket League trademark, but I’ll cross that bridge if by some miracle I get there.

Brandon is an unconventional hockey player– with his insightful responses, his intuition, and his hard work, he exemplifies what it means to be multi-talented. To check out more gameplay and/or to subscribe to his YouTube channel: https://www.youtube.com/channel/UCmVhh2f5KKbNFC403H4tKUw

For those interested in becoming a part of the Canvas Hockey following, the game launches August 5th. Add it to your wishlist, or simply buy it after the release date! To wishlist this game, click here:

For the link to this game on Steam, click here: https://store.steampowered.com/app/1351400/Canvas_Hockey/

And finally, for all business inquiries, contact Brandon at brandon@synvoyity.com. 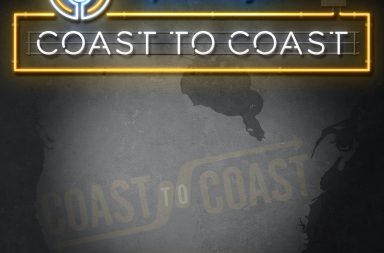 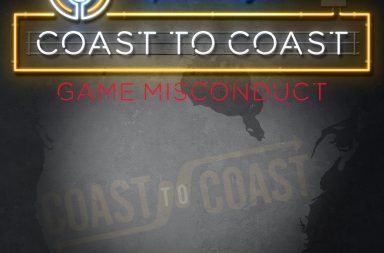