Think of hockey coming back like it’s a home cooked meal– you need your meat (what’s really important), your carbs (some questions that may come up during this process), your veggies (not necessarily what you want, but something you need), and then a little reward at the end (because who doesn’t like dessert).

First and foremost, the NHL has a plan to come back. You may no longer have to watch simulated playoff series or Twitch streams or fractions of Zoom calls featuring NHL players for sources of sports entertainment– you’re one step closer to getting the real deal again.

Here’s what all of this means.

The regular season is officially over. There will be no official Wild Card teams, for a team’s point percentage has determined whether or not they will compete in a qualifying round. The Detroit Red Wings, Ottawa Senators, San Jose Sharks, Los Angeles Kings, Anaheim Ducks, New Jersey Devils, and the Buffalo Sabres will not play again this year, as their point percentage was too low to advance in these modified playoffs. The remaining 24 teams will be divided into their conferences and they will begin the playoffs.

Of the 24 teams that are allowed to play, eight teams are immune from elimination in the qualifying round. Those eight teams will play for first place in their respective conference. Sixteen total teams will play a best-of-five series, and eight will advance to the first round, thus starting the playoffs.

Determined simply by point percentage, the Boston Bruins, Tampa Bay Lightning, Washington Capitals, and Philadelphia Flyers will play each other to determine the first place seeding in the Eastern Conference. The St. Louis Blues, Colorado Avalanche, Vegas Golden Knights, and Dallas Stars will do the same for first place in the Western Conference.

According to the NHL Commisioner Gary Bettman, the NHL will reopen in phases. No official date has been set but Bettman projects training camps could be open in early July with the season opening in late July/early August. Additionally, two “hub” cities will be determined at a later date, as one will host the Eastern Conference teams and the other will host the Western Conference teams. Bettman is on record for wanting fans at the events, but will follow government restrictions and follow the rules to the letter of the law.

The 2020-2021 season could start as early as January (assuming everything goes according to plan) and may even feature the Winter Classic as the inaugural game. Theoretically, that would be a fantastic way to start the season, resembling NASCAR’s Daytona 500.

“But what about the teams that WON’T compete in these modified playoffs?”

They will be subject to a draft lottery, determined by point percentage. For example, the Red Wings’s point percentage was .275% (?!!?!?!?! how can that number be so low?!), so they will have first pick. The eight teams that are eliminated in the first round will also be in the draft lottery once that is determined. That Draft Lottery is a mess, plain and simple. It could have been easily constructed, but instead, it’s turned into something that no one can understand.

Thank goodness I’m not the only one who feels this way. I guess we’ll figure out what happened in the Draft Lottery once it’s over.

“But what if a player/coach catches COVID-19?”

That player will be placed under quarantine and the playoffs will continue for now. Chief Legal Officer and current deputy commissioner Bill Daly believes one positive COVID-19 wouldn’t warrant a complete shut-down of the playoffs. Additionally, the league will allow 50 people from each team to travel to the “hub city,” meaning the roster size will inevitably increase. Top players from AHL affiliates will be available. Best case scenario, no one catches the virus and the playoffs run smoothly with no problems. However, that reality is unlikely, so the NHL has agreed to pay for 25-30 thousand COVID-19 tests with testing done daily during phase 4 (the playing phase).

This plan is far from perfect, but from a logistical standpoint, it’s clearly thought-out. The league has spent a lot of time configuring the unwanted consequences of bringing the season back, and for the most part, answered the tough questions.

Not what you want to eat, but something you need to eat.

I encourage you to think about this from the players’ perspectives. After mildly conditioning through world-wide quarantine and sticking to social distancing guidelines, these guys are far and away from playoff form. There’s a mighty big difference between riding a bike and rollerblading in a mask and skating coast-to-coast in less than eight seconds. Teams aren’t in playoff condition even after preseason training camp– typically, mid-December is when teams have found their stride– so how can we expect peak performance after a mere few weeks of skating drills? How can these players manage the expectations of the playoffs while also dealing with inadequate and proper preparation?

Throwing players who haven’t properly conditioned in months back onto the ice (and oh by the way, let’s compete for the Stanley Cup) could lead to really bad injuries and sloppy hockey. A weird silver lining to bringing hockey back is that players (like say Viktor Arvidsson) who were having a bad season will have a fresh start, but there are a lot of risks to bringing these players back that aren’t hockey related.

The health and long-term safety of these players and coaches should be the highest concern to everybody. I tend to air on the side of caution, but no fan wants to see players get hurt or sick. We all need to understand what exactly is at stake here.

Bettman and Daly’s Q&A with media:

Hockey has a plan to come back. Anthony Bitetto and Filip Forsberg can hang the headset up and strap the brain-bucket back on. While I’m excited to start reporting and watching the game again, it would be dishonest if I said I wasn’t very concerned about the unforeseen consequences that are in front of us.

But hockey is almost back. I missed it, and of all of the options that did not include playing the rest of the season (which in my opinion would’ve been the best), this one appears to be the most thought-out. 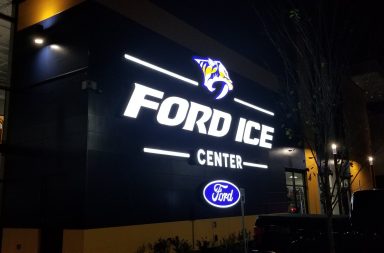