In my last edition of Game In Transition, I discussed zone exits and their importance. My theory is that the first step towards offense is moving the puck out of the defensive zone with possession. It’s not easy but when the other option is to dump the puck out and hope you can regain possession, it matters. The Nashville Predators had a mixed bag of results, some good, some bad, and then Roman Josi. That’s a trend you’ll see throughout these articles.

As I said in my previous article, I figured organizing these pieces by moving up the ice made a lot of sense and I’ll stand by that. So, let’s talk zone entries, why they matter, and did the Predators ever truly have a plan to gain the offensive zone?

What Is A Zone Entry?

Does Duchene deserve that credit? After all, he technically carried the puck into the offensive zone. Or does the praise go to Ekholm who actually did the work and moved the puck to someone who could make an easier zone entry. My theory is that, in this example, it should go to Ekholm. He did most of the work and made life easy for Duchene.

I just didn’t love the idea of players getting credit for others’ work, and so this system made the most sense to me.

Finally, let’s dive into the data. What you see below is possession entries vs. non-possession entries per 60 minutes played. We can boil that down to carry ins plus pass ins against dump ins and pucks that find their way into the offensive zone in weird ways.

As you can probably tell, the data isn’t super complimentary of the Predators. Filip Forsberg, Josi, and Duchene come out looking like rockstars, but the rest of the team looks like a bunch of dumpers. While I expected this of the defensemen, it’s a shame to see players like Mikael Granlund and Calle Jarnkrok (just below Colin Blackwell) not do better, but there might be an explanation.

Granlund has played the majority of the season with Forsberg by his side and Josi backing him up. Both are puck dominators and are exceptionally good at moving the puck up the ice in a concise manner. Besides that, Duchene is arguably the best zone enterer on the Predators and has centered Granlund for the better part of the season. It’s no surprise why Granlund’s numbers might down after you realize he’s arguably the fourth-best option on any given play.

What I found to be really interesting though, was Granlund’s numbers away from his usual linemates. His pass-ins stayed at around the same level while his carry-ins doubled. My belief is that when playing with Johansen and Jarnkrok, he became “the guy” and a lot of transition play operated through him. Johansen’s and Jarnkrok’s (sorta) numbers stayed the same, but it was day and night for Granlund.

Jarnkrok, on the other hand, is a totally different case study. When he played in the top six, he was a carry-in machine. We’ll get into this in a bit, but he operated at around 8 carry-ins per 60 minutes in the top six, but that fell to about 4.3 in the bottom six. That’s not an outlier either, that’s more indicitive of how the coaching staff wanted their lines to play.

There’s a clear trend that if the top six or Josi is on the ice, then the Predators will take deliberate action to move the puck with possession. If those players aren’t on the ice though, then it’s helter-skelter. The bottom six either dumped the puck in or couldn’t move the puck at all. The only one who comes close was Colin Blackwell, but even his numbers are little dicey with his time in the top six.

I haven’t yet been able to determine if these trends will carry over from Peter Laviolette to John Hynes, but my guess is that they will. Their styles of transition play weren’t too dissimilar, and I have a strange, albeit unsubstantiated, feeling that it might be worse under Hynes than Laviolette.

But enough of the negativity, let’s talk about which ways the Predators succeeded.

All the usual suspects make an appearance here. You can see Josi leading the pack in the VIP upper right quadrant, but it’s nice to see Craig Smith, Kyle Turris, and Ryan Johansen not too far off. Those three have had up and down years, but all of their trend lines are on the up. Especially Craig Smith, who really came alive after the 20th game of the season.

I don’t remember if I wrote this in the last article, but once a game, Smith will get a full head of steam and carry the puck out and then into the offensive zone. It’s funny because it happens without fail, but often leaves me wondering why he can’t do this more than once per night.

The most interesting trend I see in the above graph is how almost every player is a specialist. Some players mostly do carry-ins, some mostly do pass-ins, some players don’t really do anything, and then, once again, there’s Roman Josi. The other trend I’ve noticed is how there are no surprises. Everyone is pretty much where you’d expect them to be, with the exception of maybe Smith, but even then I think he’s noticeably good from the eye test.

There just isn’t anything above that surprises me. Maybe there’s something that y’all notice that I can’t, and I would love to hear from you about it. But to me, all these numbers match up, whether in a successful or disappointing way.

Two parts down, only a few more to go until I will fully release my hand tracked data. Thank you so much for coming on the ride and I hope you’ll like my next article on high danger passing. Once again, if you have any questions feel free to reach out on twitter (@Datarangas) or Facebook, I usually reply if the comments are civil. 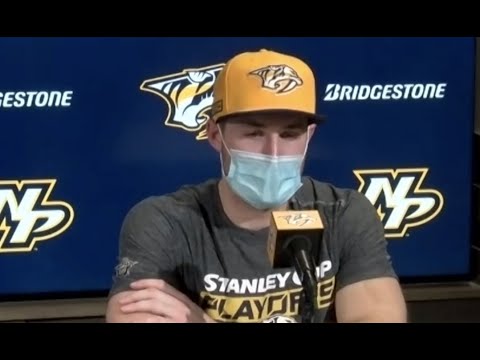 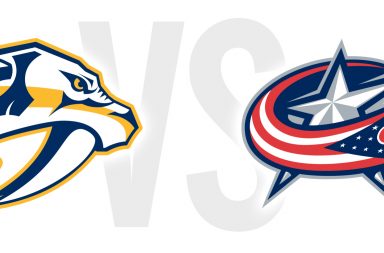 Preds vs CBJ: Who to watch in tonight’s game 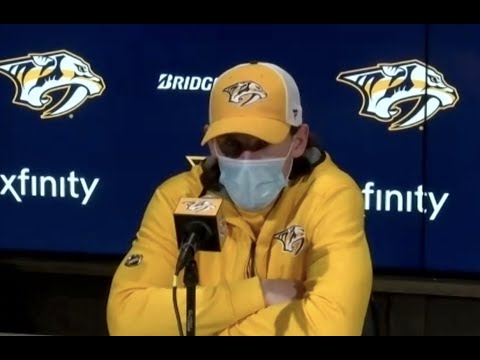