The Milwaukee Admirals have passed the halfway point of their season. They have been the dominating force throughout the entire AHL all season and continue to sit at the top of the league standings. Let’s talk about who have been the key players and what to expect in the second half of the season.

After 47 games, the Admirals are sitting with a league high 72 points. For reference, second place is being held by the Belleveille Senators (62 points). Within the Central division the Admirals have a commanding 12 point lead. The Iowa Wild are sitting in second, Chicago behind them only have 49 points.

There are three key factors that have led to this dominating season for the Admirals. The Admirals offensive prowess, solid goaltending, and the best powerplay in the AHL.

The Admirals have had an incredible offensive so far this season. They have the third highest Goals For in the league with 165. Belleville has the highest with 174. The Admirals are only 2 goals behind the Utica Comets. I predicted offensive domination from the Admirals at the beginning of the season. With the power that was assigned to Milwaukee by the Predators, it was obvious to see that the Admirals would be a force to be reckoned with.

Daniel Carr, the reigning AHL MVP, leads the Admirals with 19 goals in 35 games. Yakov Trenin, who has only played in a little more than half of Milwaukee’s games this season is still tied for 2nd on the team with 15. Rem Pitlick, who kicked it into gear in November is tied for second. Behind them, Cole Schneider and Eeli Tolvanen are tied for third with 13 goals.

Speaking of Eeli Tolvanen, in the two games the Admirals have played since the All-Star break Tolvanen has scored three goals. His most in that span of games all season.

One player I’d like to make a special mention for: the Predators traded Laurent Dauphin last month for Michael McCarron from the Canadiens (Laval). In his 11 games with the Admirals, he has scored four goals.

I don’t remember the last time the Admirals had such a solid goaltending tandem. Connor Ingram and Troy Grosenick have played nearly 50/50 all season. Connor Ingram was named as an AHL All-Star and won one of the skills competitions. He sits in second in the AHL with 2.00 GAA. Grosenick isn’t far behind in fourth place with 2.25. Ingram has 16 wins, while Grosenick leads him with 17. The mixture of Milwaukee’s powerhouse offensive and their solid goaltending makes them a beast of a team.

Best Powerplay in the League

Last season, if you read any of my game recaps, you know that I had a lot of problems with the Admirals powerplay. It was perhaps the worst part of their game last season. This season, the complete opposite is true. The Admirals have the best power play in the league.

Rest of the season

The Admirals are in the home stretch now of the season, but have a solid lead to make a playoff run possible for them. My prediction is that the Admirals will reach the Western Conference Finals. It is very possible this team has what it takes to reach the Calder Cup Finals. They have a solid core that is unlikely to be called up the Nashville, and great depth. They entered February with a 5 game winning streak and are 9-1 in their last ten.

The Admirals will play again on Wednesday February 5th against the Grand Rapids Griffins at the UW-Milwaukee Panther Arena at 7:00PM.

Pucks Out Podcast: Brock McGillis & What We Miss About Sports 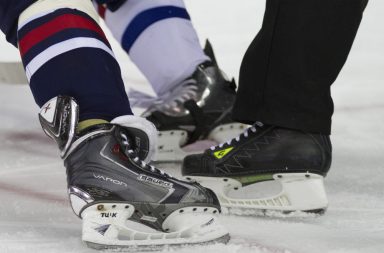