Amidst the most stressful time for college students, a time filled with numerous essays, speeches, and assignments due within the next week, I chose to write about hockey news. Sorry, mom.

A great shift in the sport is occurring, as toxic coaches and stories are clogging Twitter feeds more than Baby Yoda memes, and I am here for it. Having experienced abusive coaches who were able to escape punishment unscathed, it is a wonderful sight to see Mike Babcock’s harmful methods of coaching come to the light. Here are some of my thoughts on the latest NHL news.

Toxicity in the sport

From an athlete’s perspective, it is very scary to come forth with incriminating information on a coach, especially if the information compromises the integrity of the team. However, if a coach is abusive in practice, games, or behind closed doors, every player knows about it. Very few players possess the bravery to step forward and tell their tale. One tweet in particular absolutely angered me beyond belief.

The arrogance, indifference and blatant ignorance should infuriate anyone who loves hockey and who knows where the sport is going. In most cases, players just want to play and avoid drama, and if coaches are exercising their power irresponsibly, players normally defend themselves in those situations. Enabling abuse is almost as bad as the abuse, and if allowed, coaches can create a terrible environment for players who don’t “fall in line.” When Babcock asked Mitch Marner to write a list of players who didn’t work hard and then showed the list to the players Marner listed, that was an abuse of power. When Babcock verbally assaulted Johan Franzen to the point where Franzen had a panic attack, that was an abuse of power. Abuse behind closed doors is still abuse; trees still make noise when they fall, even with no one around. Are players 100% innocent? Absolutely not, but coaches have a duty to their players first and foremost, and any person who says otherwise is misguided at best.

When a player shares their personal tale of abuse from a coach, whether it be a hockey player, gymnast, baseball player, football player, or any other sport for that matter, we have an obligation to listen and investigate thoroughly. The fact that players are only now brave enough to speak out against this kind of abuse is both encouraging and disheartening. There is a difference between pushing and motivating players, and immensely hurting them.

This is extremely embarrassing for the sport of hockey. For those who have not heard the news, Bill Peters used racist language towards a black player and punched two players in the back of the head during a game. Physically abusing a player and using racist language shouldn’t just be labeled as toxic or inexcusable, it should eliminate any chance to return to the sport. I sincerely hope Bill Peters never finds a job in hockey ever again.

Michal Jordan and Akim Aliu were brave enough to tell the truth, and the Calgary Flames were brave enough to eliminate the cancer in the room. However, the ends do not justify the means. Just because the problem was “fixed” does not mean the work is done, either. This is a predominantly white sport, but that does not mean hockey is an exclusively white sport. Everyone can play hockey if they want to, and everyone is entitled to an opportunity to play hockey if they want to. Hockey is for everyone, no matter what race, gender, or sexuality. Good riddance to Bill Peters, and good riddance to Don Cherry as well. Racism has no place in this sport, and those who defend those men are wrong to the fullest extent. Racism aside, no coach should EVER put their hands on their players EVER. Logistically, punching and kicking players during a game is unproductive and ineffective, and does nothing to improve performance; not to mention, it’s an abuse of power and creates fear.

The NHL has gone through a month-long cleansing, which is good. If there are more stories, share them and listen to them. It’s important for the growth of the sport.

I know I sound extremely angry in this article. It’s because I am.

What more can be said about Robert Bortuzzo that hasn’t already been said?

Bortuzzo cheap-shotted Viktor Arvidsson after being penalized, then Jordan Binnington took another shot at Arvidsson after the play had been whistled dead. The result of the play was a two minute Predators power play. Bortuzzo should’ve been suspended for ten games. A defenseless Arvidsson will be out for at least another three weeks, while Bortuzzo returned to the Blues’ lineup earlier this week. Another serious injustice due in part to the NHL Player Safety.

Intentionally aiming a cross-check at the lower back, where there is no protection, is extremely dangerous, but we’re well past that. What bothers me the most about that play was what happened prior: Arvidsson 1) had his back turned and 2) did nothing to provoke Bortuzzo. Some Twitter trolls mentioned Arvidsson was asking for Burtuzzo’s aggression because he was in the blue ice, but that is utterly ridiculous. No player deserves what Arvidsson received. Another argument was that Bortuzzo was “protecting his goaltender and the blue ice” which is also utterly ridiculous. There’s a difference between protecting the goaltender and shoving someone into the crossbar from behind. Saying Arvidsson “dived” is completely inaccurate and a half-hearted attempt to justify a dirty play. Bortuzzo is a dirty player with a history and should’ve been suspended for longer.

This one is on the NHL Player Safety. If their justification for this incredibly short suspension is “well we’ve only handed out four game suspensions in the past”, then repeated offenders like Bortuzzo know they’ll get a week off with no long-term repercussions. If they make an example out of someone, cheap shots are less likely to happen.

Ultimately, this has been an upsetting past couple of weeks for the sport. I’m happy that some problems are being solved, but it is evident there is more work to be done. 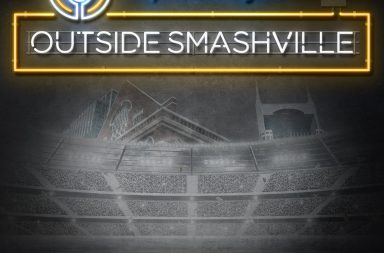