While this has been a forgettable week for the Nashville Predators, it’s been anything but dull for the National Hockey League. Join me as I take over this week’s five thoughts article.

Sportsnet and Rogers Media decided on Monday that Don Cherry’s most recent outburst targeting Canada’s immigrant population would be his last on Coach’s Corner.

The 85-year old former NHL coach and professional player is no stranger to toeing the line between disguised and overt prejudice on live television. His firing has sparked fevered debates that have brought greater (and frankly concerning) debates about North American politics to light. Footage of a much younger Cherry discussing his opinion of Canadian immigration did no favors to arguments that his objection is simply to those without poppies.

Regardless, in the battle between old and new in hockey, the former has lost perhaps its most recognizable and controversial proponent. If you ask me, it was well beyond time.

A common trope in the NHL is that the standings at American Thanksgiving are reliable. That is, the teams that are “good” by this time of year can be expected to remain that way.

Obviously, there are recent exceptions, but it’s an interesting time of year for NHL teams nonetheless. Several teams, including Toronto, Tampa Bay, Nashville, Dallas, San Jose, and Vegas find themselves occupying much lower places in the standings than perhaps they expected. On the other hand, Edmonton, Arizona, Philadelphia, and the New York Islanders might be pleasantly surprised at this point in the campaign.

Of the surprisingly poor teams, I’d say only Nashville and Tampa Bay should be concerned. They are both performing above expectation in terms of PDO, and still having trouble finding the win column.

The subject of cap recapture is back on the minds of many around the league after former goaltender Roberto Luongo, who retired with three seasons left on his contract, rejoined the Florida Panthers as a special advisor to the general manager. The Vancouver Canucks, who are responsible for the $9 million remaining on his 12-year contract, have made the argument that their cap penalty should be lessened now that Luongo is earning a salary in the NHL once more.

This story has hit close to home for Nashville fans, whose team would be faced with a $24 million cap penalty should Shea Weber retire any time before 2025. The aging defenseman is no stranger to lengthy injuries, so the likelihood of this situation is significant. Regardless, there is nothing to be done at present, so the Predators will have to cross their fingers and carry on.

Among those teams whose seasons are not going according to plan are coaches who will be facing a lot of pressure. Toronto, especially, has become a vocal hotbed for disdain targeting head coach Mike Babcock, whose primary transgressions involve ice time of star vs. depth players. Publicly, GM Kyle Dubas has not criticized Babcock directly, but agrees that the team should be performing at a much higher level.

New Jersey Devils coach John Hynes has been in the so-called hot seat since the season began. The Devils had, to my mind, the best offseason of any team in recent memory. With superstar winger Taylor Hall approaching free agency, the Devils needed to prove that they could be legitimate contenders in the near future. Currently with just five wins on the season, it’s safe to say they have failed in that mission. Expect Hall to be wearing a different jersey this time next year.

Middle Tennesseans have an awesome opportunity to witness some of the NCAA’s top women’s hockey teams at the end of the month. Harvard, Boston College, Wisconsin, and Minnesota, ranked 9th, 6th, 2nd, and 1st, respectively, will face off at Ford Ice Center Bellevue in the “Country Classic” on November 29th and 30th.

Penalty Box Radio will cover the event extensively, but there really is no substitute for watching live hockey. If you have the opportunity, I cannot encourage you enough to catch at least a couple of these games. I will certainly be there. Purchase tickets here.

That’s all for this week. Thanks very much for reading and have a great week! 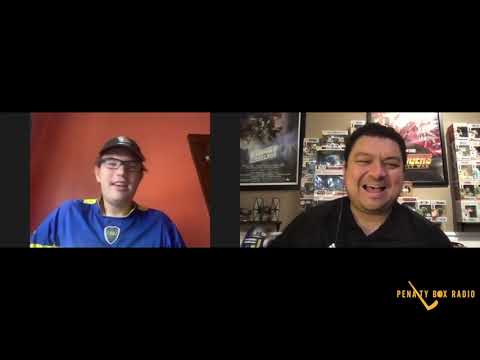