Examining Alexis Lafrenière of the QMJHL

Whichever poor NHL team finishes in last place for the 2019-2020 season may actually be the luckiest one around.

Alexis Lafrenière, currently skating for the Quebec Major Junior Hockey League’s Rimouski Océanic, has been heralded as the best asset on the amateur market since the beginning of this year.

Lafrenière turned 18 this month, but has already posted an incredible 185 points in just two seasons (121 games) with the Océanic. That’s not even including the 2019-2020 season thus far, in which Lafrenière has already posted 29 points over 12 games. Not only that, he’s working with an active +102 on-ice rating. Last season, he won the QMJHL’s Michel Briere Trophy for the league’s most valuable player and the CHL’s Player of the Year award.

The Draft Analyst is already calling LaFreniere “the best French-Canadian skater to go first overall in the draft since Vincent Lecavalier was the top pick in 1998.” That’s high praise when you get compared to a guy with 949 NHL points over an 18-year career.

Lafrenière is an exceptional playmaker. Rimouski’s LaFreniere, Cedric Pare, Dmitry Zavgorodniy, and Isaac Belliveau each appear at or near the top of the QMJHL in points, goals, assists, power play goals, power play assists, and +/- ratings. Pare and Zavgorodniy share a line with LaFreniere, and as LaFreniere leads the league in assists, Pare leads in goals, and Zavgorodniy leads in power play goals. Stats don’t tell a whole story, but they sure do help to highlight Lafrenière’s ability to read the ice and set up deadly plays with his linemates.

Lafrenière’s ridiculous production calls to mind a recent CHL graduate with an equally precocious playmaking sense. Connor McDavid, in three seasons (166 games) with the Erie Otters of the OHL, recorded 285 points before being selected first overall by the Edmonton Oilers in the 2015 NHL Draft. The rest is history with McDavid. Lafrenière, at his current pace of 214 points in 133 games, could easily meet or even pass McDavid’s mark by the end of the 2019-2020 season.

He is also being compared to Sidney Crosby- a Rimouski alum- who maintains a proven record of insane playmaking and lots of hardware to match. Although Crosby was otherworldly productive during his QMJHL years (121 games, 303 points), LaFreniere is probably the closest the league has gotten to the 3x Stanley Cup winner since he left in 2005.

Working with a very small sample size, projecting way too far in the future, and ignoring the future results of April’s draft lottery, LaFreniere could conceivably be selected by the Wild, Senators, Stars, or even Devils at first overall in the 2020 NHL Draft. In any case, it won’t bode well for 30 other NHL teams. Oh where, oh where will LaFreniere go? 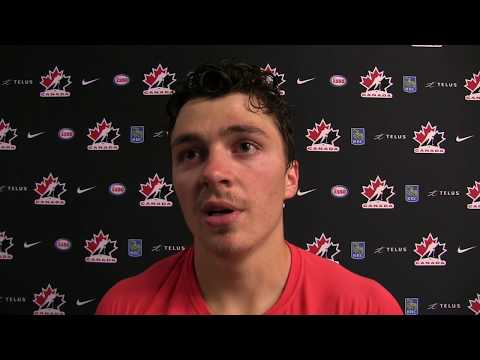