Admirals swept in 3-in-3

The Milwaukee Admirals had a rough weekend. They were scheduled for two back-to-back games against the Colorado Eagles for the first time ever and then a Sunday contest against Central Division rival the Chicago Wolves. The Admirals earned three points despite losing all three games. Friday & Sunday’s games ended in shootouts while Saturday’s ended fairly quickly into the overtime period. Here’s what you need to know:

The two most notable things about Friday night’s contest were the return of Frederick Gaudreau after coming back from an injury and a superb performance by Milwaukee goaltender Troy Grosenick.

The Eagles got on the board first at 10:11 of the first period while the Admirals were on a powerplay. Jayson Megna scored his third goal of the season.

At 12:21 of the second, Frederick Gaudreau scored his first of the season with assists from Colin Blackwell (2) and Rem Pitlick (2). Gaudreau took a pass in the middle of the circle and fired a wristshot towards Eagles’ goaltender Adam Werner. The puck trickled through Werner’s five-hole.

Colorado took the lead again at 10:19 in the third period when Sheldon Dries beat Grosenick. Colin Blackwell scored his first of the season a little under three minutes later with an assist from Frederick Gaudreau (1) and Alexandre Carrier (2) to tie up the game. Blackwell’s shot was a rocket from the top of the circle that was laser focused to score.

Overtime passed pretty uneventfully. Milwaukee dominated possession and outshot Colorado 3-1. Troy Grosenick had a rough performance in the shootout, which unfortunately footnoted an otherwise solid game from the Milwaukee netminder. He was unable to stop shots from Michael Joly and A.J. Greer. Werner was able to stop both Frederick Gaudreau and Tommy Novak to earn the win.

Saturday’s rematch seemed an awful lot like Friday’s games. Michael Joly gave the Eagles the lead at 7:38 in the first with his first goal of the season during a Laurent Dauphin tripping minor.

Laurent Dauphin, who returned Friday along with Frederick Gaudreau from injury, scored his first goal of the season when he deflected a shot from Steven Santini (2) behind Werner to tie up the game. Dauphin’s goal came at 4:48/

Overtime lasted for all of 45 seconds when Logan O’Connor scored his first goal of the season to end things. Shots were pretty even, though Milwaukee outshot Colorado 36-35. Final score 3-2.

Sunday night’s matchup was potentially the most disappointing of the three. The Admirals had mounted a two goal lead in the first period which they blew in the second period which resulted in them losing in a shootout.

Cole Schneider scored his second goal of the season with assists from Carrier (4) and Laurent Dauphin (1) at 7:50 in the first. Jeremy Davies then scored his first professional goal at 17:20 with a great slapshot from the point. Tommy Novak (1) and Olivier (1) had the assists.

The second period saw that lead dissipate. Patrick Brown scored two goals to tie the game. The first game at 11:54 and the second at 17:40. Grosenick simply didn’t have the defense backing him up.

The third period and overtime would not decide this one and they went back to the shootout. Grosenick is statistically quite good in the shootout historically, but this weekend he did not stop a single shot in the shootout. Gage Quinney and Patrick Brown scored with ease to earn the win. Dylan Ferguson, who was making his first professional start, stopped both Daniel Carr and Cole Schneider to earn his first win. He stopped 35 of 37 shots in the game and was named second star of the game.

The Admirals earned three points on the weekend but probably would like to forget these games and move on. Friday’s game, specifically, was quite sloppy. If there’s any positives to be drawn from these matchups it is how well the Admirals performed while only having four defensemen. The other positive being that Yakov Trenin will be returning to the team after a one game stint in Nashville. Trenin did not play in any of these three games.

Grosenick and Ingram both looked terrific in each game they appeared in. Defense was a noticeably struggle, but both goaltenders had highlight reel stops. The biggest complaint goaltending wise would be that Grosenick is 0-for-4 in the shootout this season.

I still think it is too early to begin making sweeping claims about special teams. The powerplay has looked pretty good for the Admirals as they’ve scored four powerplay goals so far. They’re sitting at 22.2% on the powerplay at 85.7% on the penalty kill, third best in the Central division.

The Admirals will play again Wednesday at 6:00PM Central when they’ll face the Grand Rapids Griffins for the second time this season. The Admirals won 4-1 in their last matchup. Stay tuned to PenaltyBoxRadio.com for updates on the Milwaukee Admirals! 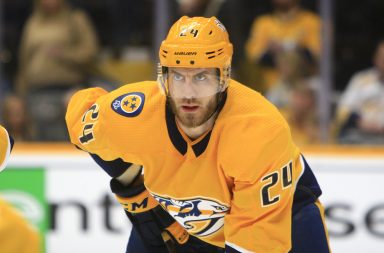