Why the Preds should overhaul the bottom six

As the 2019-2020 NHL season approaches, one of the big storylines for the Nashville Predators is who will win out the roster spots for the bottom 6 forwards. As of the the first preseason games, the Predators have 15 forwards on one-way contracts (costs the same at NHL and AHL levels) who are also not waiver exempt. Removing the generally accepted top 6 of Forsberg, Johansen, Arvidsson, Granlund, Duchene and Smith that leaves 9 one-way contracts for 7-8 roster spots (depending if the Preds carry 8 defensemen as in prior seasons). Add onto that 3 more prospects pushing for roster spots in Eeli Tolvanen, Rem Pitlick and Anthony Richard. So now there are 12 players who have a realistic chance of ending up on the Preds NHL roster for opening night. So what if the Predators, a team historically loyal to veteran players, decided to go big and retool the bottom 6? Let’s find out what that could look like…

To start it off, let’s set a baseline for who is staying. Kyle Turris is untradeable until he rebounds from a dismal ’18-19 campaign. Colton Sissons and Rocco Grimaldi just signed extensions so unless they completely fall off in camp they aren’t going anywhere. The prospects also won’t be going anywhere at this point. Keeping with our math up above, that makes 9 players fighting for 9 roster spots. So now let’s talk about who goes.

Freddy Gaudreau and Miikka Salomaki are hard workers who won’t detract from the team but are barely replacement level talents. They can be waived and will likely end up in Milwaukee providing veteran leadership to a young group of forward talent. Nick Bonino had a strong season offensively that will be hard to replicate and his $4.1M salary currently hinders GM David Poile’s cap flexibility to make moves in-season so he gets traded for draft picks. Looking at the holdovers from last season that leaves Austin Watson and Calle Jarnkrok. Both players are useful pieces who can perform multiple roles and are on cheap contracts. Watson brings more physicality while Jarnkrok has more offensive upside. Given Watson’s personal and legal issues over the past 18 months, he is probably untradeable so Jarnkrok is the one to go. His contract and lineup flexibility make him an attractive piece to a team looking for experienced forward depth.

Who does that leave for the bottom 6? If you look at potential, its actually a very attractive group. The roster holdovers are Kyle Turris, Colton Sissons, Rocco Grimaldi and Austin Watson with the additions of Daniel Carr, Rem Pitlick, Eeli Tolvanen and Anthony Richard. Each of these players brings a different skill set that enhances this new view of the bottom 6 lineup. Let’s take a look at each one briefly:

That makes up a very intriguing set of styles that can be moved in and out of the lineup to create mismatches or meet the capabilities of opponent lineups. For example, if Coach Laviolette wanted to run out a full speed lineup, he could match the bottom 6 like this:

Or what if the Predators need more of a defensive lineup? The bottom 6 could be shaped more like this:

What about the all-offense bottom 6? Well there is a lineup for that too:

While these groupings are purely theoretical, let’s use a bit of what has been seen in Preds training camp thus far where Kyle Turris has been working in a top 6 winger role. While that shifts the pieces somewhat, the reworked bottom 6 can still provide a very strong supporting cast. A full lineup could look something like this:

That group of forwards has a whole lot of firepower in the top 6 and I absolutely love the potential of the 2nd and 3rd lines in this scenario. Some highlights are putting Turris in a position to succeed where he doesn’t have to carry a line plus Duchene getting maximum talent around him to be that game changing forward the Preds need him to be. Overall, the forward lines top to bottom have speed, scoring capability and defensive acumen that would be a nightmare for opposing coaches to game plan against.

Is any of this likely? I do think there will be some shakeup in the bottom 6 given the signing of Daniel Carr and the ascension of Rem Pitlick. However, some of the tenured veterans will likely continue to block younger talent even if their production ceiling is lower than what the prospects could be. While there is always hesitation to open the door to less players, the Predators forward group has the overall talent to manage the rocky patches while the incoming players build experience and confidence. If David Poile is willing to pull the trigger on the roster changes and Peter Laviolette is willing to let the younger talent work out the kinks on the fly, the Predators bottom 6 could be an explosive unit that forces opposing teams to game plan for the full lineup. 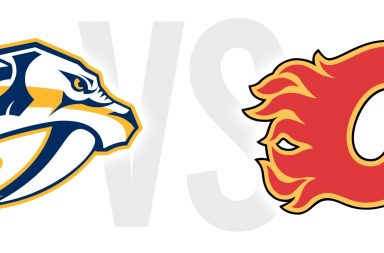