The Milwaukee Admirals entered their weekend matchups after being off since last Monday, where they lost to the Manitoba Moose. However, the short break wasn’t enough to help the Admirals overcome the Cleveland Monsters. On Friday they lost 3-2 in Overtime and on Sunday they lost 6-5, once again in Overtime.

Most of the scoring action took place in the second period. The Admirals actually scored first at 3:23 when Justin Kirkland scored his sixth goal of the season. But the lead didn’t last long as Cleveland’s Kole Sherwood scored and beat Milwaukee netminder Tom McCollum while Cleveland was on a powerplay. Troy Grosenick, who has taken most of Milwaukee’s starts this season, left the game on Monday with an injury. The day after, the Nashville Predators signed Tom McCollum to an NHL contract for the rest of this season.

Milwaukee took the lead back at 15:24 when Yakov Trenin scored his tenth goal of the season with an assist from Anthony Richard (18) and Matt Donovan (18). The lead would only last for a bit less than three minutes when Zac Dalpe tied it up on the powerplay at 18:06.

The third period was once again, uneventful, except for a brief fight that took place at 2:39 when Mathieu Olivier and Brett Gallant dropped the gloves (and their helmets).

Predators fans that watched this loss probably had deja vu to the Blues loss a few weeks ago that didn’t even last 30 seconds. Zac Dalpe scored the game winner 16 seconds into the period to put this one away for Cleveland. McCollum turned away 32 Cleveland shots. Milwaukee only managed 25 shots in the game.

This game was certainly more exciting, but still looks the same on the scoreboard at the end.

Dalpe scored first at 6:56 in the first for his 18th of the season. Less than two minutes later Dillon Simpson scored for Cleveland at 8:06 to make it 2-0. Before exiting the period, Justin Kirkland scored to bring the Admirals within one.

37 seconds into the second period Laurent Dauphin scored with an assist from Eeli Tolvanen (11). (I’ll talk more about Dauphin in the game notes). The tie would last until 10:40 when Cleveland’s Justin Scott scored on McCollum. At 16:42 Kevin Stenlund scored to give Cleveland the two goal lead again.

The third period started out poorly for the Admirals. They gave up another goal to Stenlund at 1:36 to make it 5-2. This was the start of one of the best comebacks the Admirals have had this season. At 9:19 Nicholas Baptiste scored with assists from Dauphin (17) and Duncan Siemens (3). Baptiste would score again at 15:10 to bring the Admirals within one goal. Eeli Tolvanen tied the game at 17:46 on a practically empty net after a pass in front of the crease by Colin Blackwell (5). The Tolvanen goal forced another overtime appearance.

The Admirals held off four Cleveland shots in the overtime period and it seemed that this one would require a shootout. The Admirals probably would have preferred the shootout… However, Mark Letestu wasn’t in the mood for a shootout, as he beat McCollum with one second left on the clock to earn the win for Cleveland.

Let’s talk about Nic Baptiste first. A few hours after the game on Sunday, Nashville announced that Baptiste had been traded to the Toronto Maple Leafs with the assumption that he would be assigned to their AHL affiliates the Marlies. The trade was originally announced to be in exchange for future considerations. It was announced about 15-30 minutes later that the Marlies traded Emerson Clark to the Admirals. Since Clark was on an AHL contract and Baptiste on an NHL contract, it makes sense that it had to be done with the “future considerations” moniker. I’m unsure how I feel about this trade. Clark’s stats aren’t exactly comparable with Baptiste. However, Clark is younger in his professional career and Baptiste is having one of his lower AHL seasons. This trade was done in hope that Clark could develop into an NHL player for the Predators.

Losing Troy Grosenick on Monday was a tough hit for the Admirals. It is unclear what the status is on him, but I’d assume in could be a little while. McCollum has had a rough stint in Milwaukee this season. He is currently 9-9-9-2 this season meaning he’s lost more than twice as many games as he has won. I’d expect the rough patch Milwaukee has been going through to continue for the remainder of the season.

I really think that the additional of Dauphin was a nice one for the Admirals. He was part of that trade a few weeks ago with the Coyotes. He has produced since he arrived in Milwaukee and I wanted to make sure to mention that after how bummed Admirals fans were to lose some of their players.

With the two losses this weekend, Milwaukee has dropped into 6th in the Central division with 58 points. Now 12 points behind Grand Rapids who are in first. With that being said, the Admirals could still make the playoffs. They would need to climb out of the slump they are in. They have 20 games left to do that.

The Admirals have three matchups this week. On Wednesday they take on the Texas Stars (a team they’ve struggled with all season) before taking another weekend series on Friday and Sunday against San Antonio. 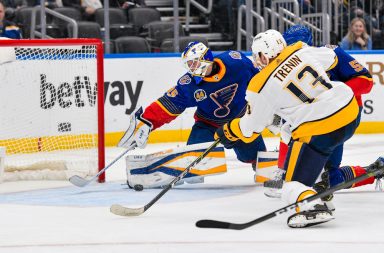 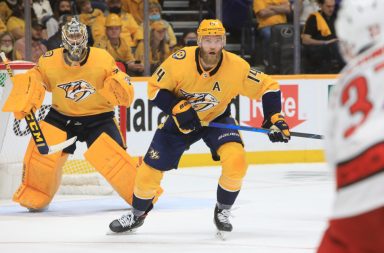