On Sunday afternoon at Bridgestone Arena, 6,120 fans come out and watched the 2019 NWHL All Star Game.

While it was important for the league to reach as many people as possible and spread the word about the product on the ice, there was a group in particular that the NWHL wanted to inspire: girls hockey players.

“It’s always special to see youth players in the crowd,” said team captain Lee Stecklein, who plays for the Minnesota WhiteCaps. “It’s something that we take very seriously. We know we’re role models to a lot of young girls and we want to continue to encourage them to stay in sports and stay in hockey and grow the game that way. Hopefully they enjoyed the weekend, I know we were very excited to meet a lot of them.”

Some of those girls got the chance to get up close and personal with the players during the game, even taking photos on the glass with Team Stecklein and Buffalo Beauts goalie Nicole Hensley.

It even inspired those closest to the hockey community. Former Nashville Predator and TV color analyst Chris Mason was the guest coach for Team Szabados during the game, and had his daughter with him on the bench. Being so close to these professional athletes was an incredible experience for the Mason family.

“That’s part of our mission and we’ve kind of been traveling all over the country and trying to get to different areas and inspire that next generation,” Metropolitan Riveters forward Amanda Kessel said. “I know our coach [Mason] said his little girl now wants to play hockey, so that’s pretty cool for us.”

The crowd on hand a Bridgestone Arena set an attendance record for American professional women’s hockey. The crowd was delighted to a sensational display of hockey that ended in a 3-2 shootout win for Team Szabados over Team Stecklein.

In a low-scoring game, the goaltending talent stole the show. Veteran Shannon Szabados led the way in the first half of the game, but some of the up-and-coming goaltending stars like Nicole Hensley and Katie Burt showed that there’s a huge future in women’s hockey goaltending.

“It’s incredible, the talent pool on both sides in North America, Europe, all over the world,” Szabados said. “I think in Canada and the U.S. alone, we have probably a roster of 10 that could play at any time. It’s incredible to play with them. I played with Katie Burt this weekend and get to play with Nicole Hensley on a daily basis, so it’s a lot of fun to learn from them.”

Overall, with the quality of hockey on display, the NWHL hopes that the youngsters that took in Sunday’s action will continue to play the game, and that the Smashville faithful will perhaps start following along with the league as the season continues in 2019.

“I think exposure is everything,” said Boston Pride defenseman Lexi Bender. “I think that putting a good product out there today was something we were really focused on and hopefully the people that showed up today will come back if there’s another opportunity.” 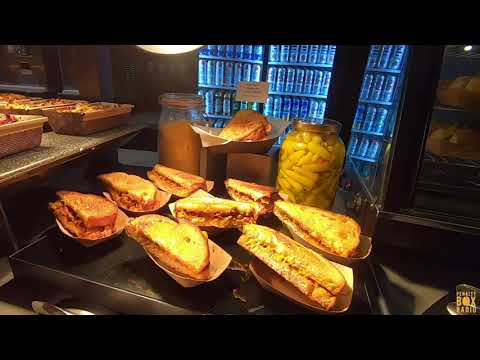 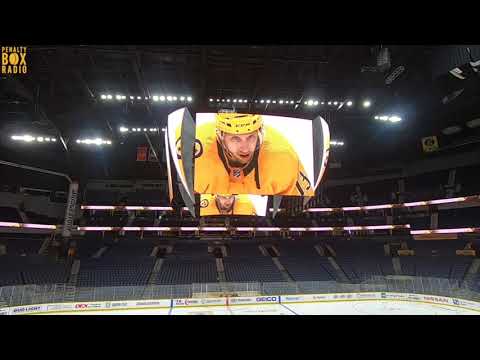