RED DEER – Each year, the CHL hosts an event in which the top 40 draft eligible players in the Ontario Hockey League (OHL), the Quebec Major Junior Hockey League (QMJHL), and the Western Hockey League (WHL) play in a game in an attempt to increase their respective draft stock.

While most hockey fans are aware of some of the top talent that will be participating in the event such as Dylan Cozens (Lethbridge Hurricanes), Kirby Dach (Saskatoon Blades), and Ryan Suzuki (Barrie Colts), the event features quality prospects up and down each roster.

Here are some players who are underrated to key on and are primed to make an impact throughout the game coming up January 23:

Valentin Nussbaumer became a well-known player following his World Junior performance with the Swiss National team, defeating Sweden and  a 4th place finish, their best finish since 2010 when Nino Niederreiter stole the show in Saskatoon.

The former 4th overall pick in the CHL Import Draft has enjoyed a solid season in his first year with the Shawinigan Cataractes, tallying 8 goals and 13 assists in 33 games.

Currently apart of one of the top teams in the OHL with the Niagara Ice Dogs, high expectations were set on Phil Tomasino when he drafted 5th overall in the 2017 OHL Priority Selection Draft, and certainly has not disappointed.

The former Mississauga Rebel provides elite offensive skill, with excellent vision and hockey sense. He has taken huge strides since his rookie season, as the star center has 44 points (20 goals, 24 assists) in 41 games.

Following an impressive performance at the Hlinka Gretzky tournament, Jamieson Rees was primed to take the Ontario Hockey League by storm with his productive two-way play. However, Rees caught some bad luck with injuries, missing 8 weeks due to a lacerated kidney.

Prior to his injury, Rees was a point-per-game and since his return he has continued to produce at a consistent level with 19 points (8 goals, 11 assists) in only 21 contests. The former captain of the Mississauga Reps has the potential to be a star in the top prospects game, and scouts will have an opportunity to witness more of the Sarnia Sting center.

Considered as a key piece on Canada’s gold-medal winning team for the Hlinka Gretzky Cup, Josh Williams had the chance to show off his skills as a goal scorer on a national stage. The Langley British Columbia native had 5 goals (3rd in tournament goals), highlighted by a two-goal performance against the United States, including the overtime winner to send Canada to the gold-medal game.

However, Williams was unable to carry the momentum into his sophomore season with the Medicine Hat Tigers, as he struggled to produce, netting only 9 goals in 41 games, and was traded to the Edmonton Oil Kings.

Hopefully, due to the big stage and ability to thrive under pressure, Williams will have an opportunity to show teams the type of player he really is.

In what has been a rollercoaster of a season for the Mississauga Steelheads, with cornerstones of the franchise being shipped away to playoff contenders (Ryan McLeod, Owen Tippett), a player that has remained a reliable piece has been defensemen Thomas Harley.

After being mentored by Vegas Golden Knights prospect Nic Hague in his rookie season, Harley has become a player of his own, playing significant minutes for the Steelheads, providing superb play in both the offensive and defensive zone.

Although he did not have a shot to display his abilities on a worldwide stage due to the lack of talent in front of him at the World Juniors, danish goaltender Mads Sogaard has excelled on every level he has played. 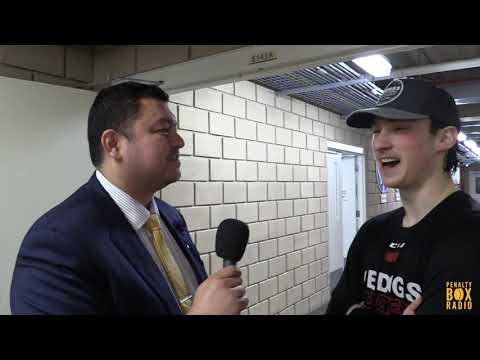 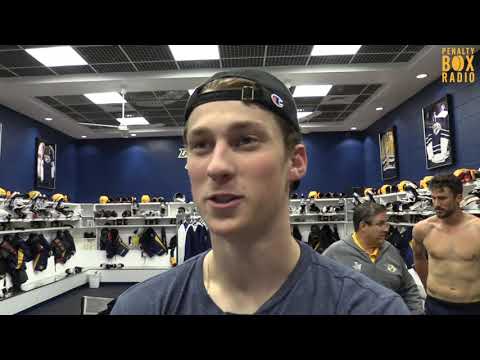