On the east side of Knox County, there is a school called Ritta Elementary School. In the school, you’ll meet a huge Washington Capitals fan. His name is Ryan Ibbotson. Mr. Ibbotson went to college at the University of Tennessee Knoxville and graduated in 2003. When studying at UT, he was the sports broadcaster for the UT Ice Vols. He knew he wanted to bring hockey to Knox County when he became a PE teacher for Ritta.

Last spring, Mr. Ibbotson contacted the team and asked if they could come out and help the kids learn how to do some hockey skills. He enjoyed doing it so much that he asked the Ice Vols to come out once again this past week. This year, there were four players who were able to attend the event. These players included Tyler Grosse, Jordan Schnall, Andrew Hubert, and Josh Maine. Luckily, we had the privilege of joining the team for the experience. Ritta Elementary School, as well as around 20 other schools in Knox County, also had help from the Nashville Predators to put on this event. You might be thinking, “how so?” Knox County Schools reached out the Preds and they donated goalie nets, sticks, pucks, and charm bracelets for the kids once they completed one of the challenges set by the Preds. Throughout the day, Mr. Ibbotson had six different grade levels, 5th through kindergarten, come in to work with the players.

“The experience is great” said forward Andrew Hubert. “I loved coming out here last year. The kids are great to be around. I talked about it with Mr. Ibbotson about coming back again in the spring. I also believe that it’s important for the Ice Vols to get out in the community because it helps us get to know the community we play for and for the out of state kids to feel more connected with this great city. Plus, if we can put a smile on a kid face, it’s all worth it. If they get interested in hockey and play, that’s just a bonus.”

The day began at 8:00 am when the first group of kids came in. He set up three different stations for the kids. He had shooting at the goalie, stick handling between cones (also known as the Filip Forsberg Finesse Challenge according to the Preds) and 2-on-1 attempts. Most of the kids were hesitant at first because none of them have tried playing hockey to the extent of what was in front of them, but by the end of the class, they wanted to continue to do it. Later that morning, Mr. Ibbotson changed the activities for the younger children. He wanted to have the kids practice stick handling and shooting the puck at the wall. Let’s just say, the kindergarteners have a wicked wrister and some serious dangling skills.

“I had such a great time hanging out and teaching hockey to the kids,” said defenseman Josh Maine. “They were all so energetic and willing to learn. I think it’s important to get in the community to give back and give kids a good experience. I remember all the good folks who volunteered to help teach me how to play hockey when I was a kid, so naturally, it’s my turn to give my time.”

Overall, the experience was something we’ll never forget. Just to see the kids having fun with the players was so heartwarming. Even the ones who don’t want to have a future in hockey still had a smile on their face as they were doing the activities. Hopefully the team can come back out in the spring and continue to work with the children. 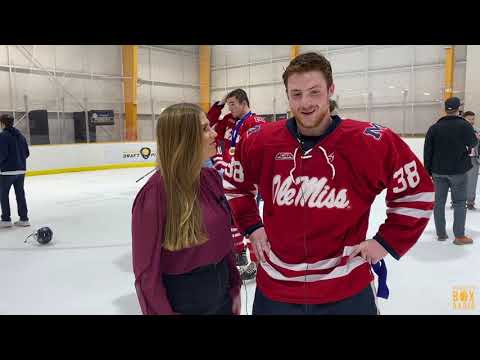 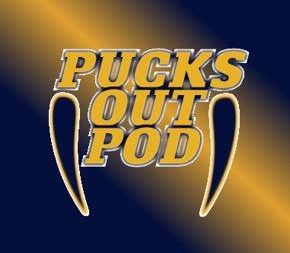