I love this time of the NHL season. Trends are starting to identify themselves and teams are starting to make changes. One of the biggest changes being made this season are new coaching hires. I’ve come to refer to this special time as the “analytical drop season”. It’s where the general manager or ownership group sees the signs and decides to fire their coach after a few warnings and a trade or two.

Sports is now a “what have you done for me lately” enterprise, so I guess it was only a matter of time before he was expelled. Still, he’s probably the biggest free agent on a market that will likely include Auston Matthews, Mitch Marner, Andre Burakovsky, Jeff Skinner, Erik Karlsson, Matthew Tkachuk, and Brayden Point. Yes, I know most of those are restricted free agents and most likely won’t make it to market, but my point stands.

Another landing space could be Tampa Bay, which I know sounds weird. Jon Cooper has proven to be a top five coach in the league, but Joel Quenneville is probably the second best behind Mike Babcock. Why I think this switch could happen is that Cooper was a Steve Yzerman hire, but now there’s a new general manager in town. Julien BriseBois is a smart man, and I don’t think he’d fire Cooper for a “maybe”, but who knows. Maybe BriseBois wants to put his personal stamp on the cup contender.

Rumors have arisen that Philadelphia has also thrown their hat into the ring, but there a few issues there. Let me explain.

2. No More Parties In Phill-ay

Why would anyone want to join the party in Philadelphia right now? Their respected general manager was just unceremoniously let go after righting the ship following a disastrous loss to the Blackhawks in the Cup Final about nine years ago. The coach, who pretty much every agrees must go, seemingly has carte blanche and I’m not sure if the new general manager will fire him.

Speaking of, the new general manager will probably be Chuck Fletcher, the old manager in Minnesota. Yes, the manager who almost single handedly sent the NHL into a work stoppage because of the contracts HE offered to Zach Parise and Ryan Suter. If you’re Joel Quenneville, do you trust his drafting and management?

Now, let’s get to the roster. There are a few slam dunk players on the club already. Claude Giroux, Sean Couturier, Travis Konecny, Shayne Gostisbehere, and Ivan Provorov are all elite players who will keep up their play for the next four or five years, at least. Then there’s James van Riemsdyk, Wayne Simmonds, Jakub Voracek, and Nolan Patrick, who are good but not great. And then there was everyone else. Morgan Frost looks like someone who could be a top six player in a few years, but the prospect cupboard isn’t as stocked as it was two or three years ago.

Let’s also talk about goaltending. Why would Quenneville want to go into such a volatile goaltending situation after living in the same situation in Chicago? At least we can say Corey Crawford was great when he was healthy, the same cannot be said for Brian Elliott or Michal Neuvirth. Carter Hart is on the way, but he’s only 20 and has hit a bit of a speed bump (.884 save percentage in 12 games) in the early part of his AHL career. I’m not saying he’ll be bad, I think he’ll actually be quite good, but he clearly needs another year or two.

Do you really think Quenneville wants to leave one rebuilder to jump on another?

Oh, I’m hot now. The Nashville Predators’ third pair has been the weak link for at least two years now. I understand that every team will have a weakness or two in the Salary Cap era, but this problem could easily be fixed. The Predators have over 6.5 million dollars in cap space with a healthy roster, so why not use that?

I’m not suggesting taking on a player who will be with the team long-term, but why not take on a third pairing guy whose deal expires after this season. This puts a bandaid on the problem and frees up the cap space you originally had to sign Kevin Fiala and Ryan Hartman.

But who’s out there? Well, let’s take a look, and let’s only look at right handed defensemen on bottom feeder teams. I say right handed because Dan Hamhuis has proven to be a serviceable NHL defenseman, while Yannick Weber has proven the opposite.

Alex Petrovic of the Florida Panthers makes 1.95 million dollars till the end of the season, and could be a decent player if kept to third line minutes. Christian Folin of the Philadelphia Flyers makes 800k and has posted above average possession and high danger numbers while starting in the defensive zone over 50% of the time. He’s my favorite of the bunch. Lastly, Ben Lovejoy would be a decent veteran pick up. He only makes 2.66 million till the end of this season.

All these players would most likely cost less than a second round pick and would help the Predators spread out minutes greatly. I genuinely hope they are considered.

Ryan Hartman probably made the bet of the summer by taking a one year, prove it contract. He currently has 11 points in 25 games, with nine coming at five on five. There’s no question he’d have more but it are the Predators are trying to sandbag his value by not consistently playing in the top six or on the power play?

Don’t tell me guys like Nick Bonino or Colton Sissons are more offensively gifted, they’re not. They should have no place on the power play while Hartman rides the pine. He has the fifth most shots, sixth most shot attempts, fourth most scoring chances, and sixth most high danger chances on the team, all at five on five.

Seriously, just accept you’ll have to pay the man and give him the ice time. Allow him to make a difference while Viktor Arvidsson and Kyle Turris are injured.

There’s this one player named William Nylander, he plays for the Toronto Maple Leafs, but he’s actually held out so far this season. Don’t worry if you haven’t heard about it, no one has really talked about it so far. But for those that don’t know, Nylander has to sign a deal by the first of December, or he won’t be able to play in North America this season.

No one really knows the specifics, but the thought is that Nylander wants over seven million dollars and some decimal, which is “too much” when there are players like Auston Matthews and Mitch Marner who need to be signed. Currently, both players are well over a point per game and could make over 10 million and eight million, respectively. I don’t want to get into the why I think that, but let’s just settle on the fact that both players deserve to be paid.

The issue here is that the Leafs’ clock is ticking on Nylander and now questions are being asked. Should they pay the money and risk not signing one of the other two? Should they trade him, even if they’ll never get fair value? Who’s to blame?

I don’t have the answers, but Nylander’s actions have made me question if other star RFA’s will take this route if their club lowballs them. Just something to think about as Kevin Fiala and Eeli Tolvanen approach their new RFA deals. 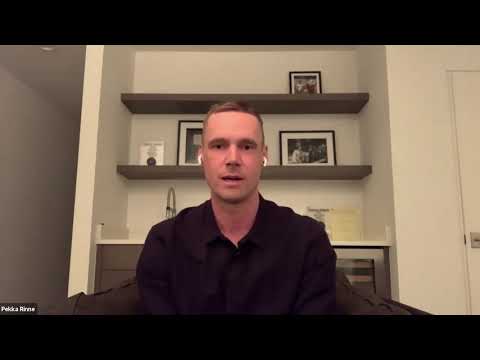