Despite Game 5 letdown, Preds feeling confident heading back to Colorado

A lot can change in four minutes and 11 seconds. Just ask the Nashville Predators.

In that span, Nashville went from a 1-0 lead and potentially jettisoning Colorado from the playoffs to losing just its third home playoff game in the last two seasons. The problem wasn’t effort, it wasn’t poor performance or even lack of hustle. What did the Nashville Predators in on Friday night was one hell of a performance from Avalanche goalie Andrew Hammond.

“For him to be able to step in there after not playing for a while, he’s playing out a lot of emotion,” forward Austin Watson said. “They are in a do-or-die situation and you are going to expect their best game. The last one is the hardest one to win. Fortunately, we have an opportunity again in Game 6 to get our fourth one.”

The Hamburglar, as he’s often called, turned in a 44-save, one-goal performance. And to be quite honest, that one goal was a result of Nick Bonino being in the right place at the right time.

“It’s not like we didn’t have opportunities,” Predators coach Peter Laviolette said. “They did a pretty good job in front of him. We had lots of looks, lots of opportunities. We couldn’t get in.”

“He was solid,” center Colton Sissons added. “I think we started to make it a little harder on him in the second and third and just couldn’t find a way to beat him enough tonight. Kudos to him.”

But here’s the good news Preds fans, it will be alright. The last two Stanley Cup winners to come out of the Western Conference (Chicago in 2015 and Los Angeles in 2014) went six or seven games in their opening-round series. Although many picked the Predators in four or five games, the Avalanche are proving to not be the easy out many pegged them as.

Nashville’s effort on Friday night will win most games, heck even most playoff games. The Preds didn’t play horribly, they just happened to have a poor four-minute stretch against a hot goaltender who stole a game for a desperate team fighting for its playoff life.

“It’s hockey,” Watson said. “There’s another team out there. I don’t know if you guys have seen that, but they (Colorado) are playing pretty well. They capitalized on a couple of chances after we scored and we are going back to Denver for Game 6.”

We see this time again in the Playoffs. Heck, Jonathan Quick won the LA Kings a Stanley Cup because he strung together two month’s worth of Andrew Hammond-esque performances.

The silver lining in the disappointment that was Game 5 is that Nashville still leads the series 3-2. They still have the same team that won the Presidents’ trophy and they still have the Vezina Trophy front runner in net.

The Preds have shown they can go into Colorado and impose their will on the upstart Avalanche, see Game 4. And if it just so happens that the Pepsi Center has a little more magic left for the Avs, then Nashville gets a Game 7 at home. That’s why you scratch and claw for home-ice advantage in the playoffs.

“We’re a confident group,” center Mike Fisher said on Saturday. “We know what we have to do, we’ve been in this situation before. We’ve got to play better in certain areas, but we’re as confident as anyone could be.”

“It’s one loss,” Laviolette added. “That’s what the playoffs are all about – picking yourself back up when something doesn’t go your way and going back out and try and make things right. There’s a lot of confidence in this room with the guys that we’ll go out to Colorado and get this done.” 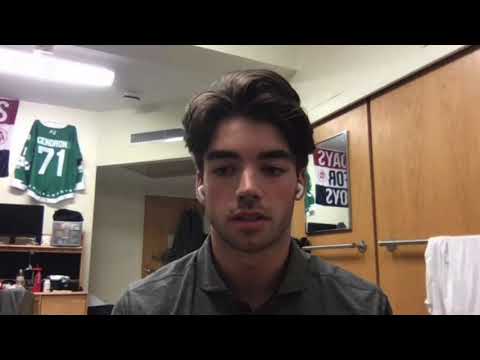