Vanderbilt dominates Tennessee in I-40 Face Off

The Vanderbilt Commodores and the University of Tennessee Ice Vols met at Bridgestone Arena Sunday afternoon to take part in the annual I-40 Face-Off to close their seasons out. After a tightly contested first period, Vanderbilt put its foot on the gas and never let up, unleashing a torrent of offense. Tennessee attempted to rally, but was unable to weather the storm and fell 12-2 to Vanderbilt.

It didn’t take long Sunday afternoon to get goals coming for Vanderbilt and Tennessee as they met at Bridgestone Arena to close their seasons out in the I-40 Face-Off. Ohad Beck registered the first tally of the game just over four minutes into the period off a saucer pass from Kevin Kastholm. Tennessee responded a minute and thirty seconds later with a power play goal from Jacob Mercurio on a Jeremy Gross cross check. With the goal horns buzzing early on, Matt Murphy came inches of putting Vanderbilt up another but Erik Haski made the save. Vanderbilt proceeded to sound the horn three more times in the period in an offensive outburst as Gross tallied a pair of goals to go on the hat trick watch and Evan Sclafani notched a fourth goal to put the Commodores out front early in the game. Beck obtained an assist in both Gross goals, giving him a three point period.

“It was a fun game. Last game of our season and our senior game too,” Beck said. “It was kind of emotional. We wanted to go out there and have some fun, ended up scoring four goals so it worked out for the best of us. I think it showed we’re an SEC team and not just “that” team. We’re actually a good team that’s hear to have some fun and win games.”

Tennessee wasn’t going down so easily and began to aggressively forecheck Vanderbilt in the second, but it did not stop the bleeding.  In two minutes and thirty seconds, Vanderbilt tallied three more times. Beck picked up his fourth point and second goal of the game with a bullet from the left circle going on the hat trick watch along with Gross. Murphy made it 6-1 off a breakaway beating Haski for the touchdown and Kastholm got the extra point on a coast to coast play. This ended Huski’s afternoon for the Ice Vols with Mia Becker taking over in net. It made no difference to Kastholm who added himself to the hat trick watch with a second goal in the period two minutes later.

The period grew long as Tennessee was called for multiple penalties, giving the Commodores plenty of chances on the power play. The Ice Vols penalty kill kept them from scoring on the man advantage. The Ice Vols did find the back of the net making it 8-2 on a power play goal by Hunter Jamieson. Gross responded with the hat trick with 15 seconds to go in the period. When the horn sounded for intermission, Vanderbilt had comfortably padded their lead 9-2 over Tennessee.

Tennessee did not see the back of the net for the third period. Vanderbilt found the net three more times with Beck getting a hat trick and a fourth goal for the afternoon. Zac Pollukof also had a goal sandwiched between Beck’s making the final score 12-2 as Vanderbilt easily claimed the I-40 Face-Off trophy. Beck and Kastholm led the team in scoring finishing the afternoon with 7pts (4G\3A) and 5pts (2G\3A). Gross also had a hat trick with 3G.

“What it boiled down is we’ve had a lot of adversity this season,” Vanderbilt head coach Ricky Hernandez said. “We’ve had guys go abroad, we’ve had guys injured and we ended the season with the Arkansas game which we were really proud of and Auburn game because we had people unavailable. We wanted to end the season showing people the way we can play.”

“We’ve got a really young squad with a lot talent and I feel like we didn’t get to put all the pieces together in a lot of the games this season. We wanted to come out and show everyone this is what the team can be and this is the future of team. This is what is going forward and we just wanted to have some fun and get a preview of what next season will look like.” 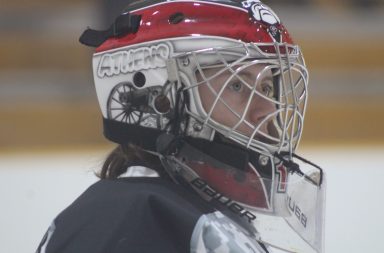