The first kicked off and both teams looked sharp and skated fast. Multiple chances were traded early on, but no one was able to get a puck to fall in a favorable bounce. It wouldn’t stay 0-0 for long though as Theodore Whitaker and Tanner Watkins was able to keep the possession of the puck and pull off some good passing around the Mt. Juliet defense. The puck ended up on the stick of Michael Ware who blasted a shot from center of the blue line to get past Gibson and give Centennial-Page a 1-0 lead early on at 12:28. With the team being able to solve Gibson once, they kept the pressure up to see if they could find another goal. Less than two minutes later, Watkins picked up his second point of the night as he sent the puck behind the Mt. Juliet net to Michael Zarr who banked his shot off the back of Gibson to give Centennial-Page a 2-0 lead at 10:09.

Mt. Juliet would not roll over though. Getting possession of the puck and fighting through the traffic around him, Lawson Smith put them on the board as plays from Tristen Arkon and Corey Settle made Clemons start moving right to left a couple of times with just enough room being left for Smith to get the puck behind him. Mt. Juliet was on the board 2-1 and new life was breathed into the team. Centennial-Page would answer back soon enough as Captain Brandon Seymour would beat Gibson and extend the lead 3-1. Nathan Cyphers and Lucas Kilbourne each picked up an assist on the play.

This would be the end of the scoring for the first as special teams took over for the remaining five minutes. Centennial-Page would take two separate penalties for interference to give Mt. Juliet a five on three. The penalty kill and Clemons would not allow them any quarter, killing it off successfully and taking the momentum away from Mt. Juliet. Karma seemed to be having some fun though as with less than a minute to go in the first, Mt. Juliet would find themselves on a five on three with penalties given for roughing and interference. The first would close with Centennial remaining on the power play.

The second began and the power play unit needed only 44 seconds to take a 4-1 lead as Tanner Watkins picked up point three for the night with a power play goal assisted by Zarr. The game seemed to be becoming out of reach and in most cases this would be where a team starts looking ahead to the next game. Not so with this team. They were able to cut the lead to 4-2 as smart plays from Rachel Wolfenbarger and Corey Settle was able to get the puck to Patrick Guay who beat Clemons. A little pep was back in their skates but a hooking penalty against Wolfenbarger put the team on the penalty kill.

The first minute went by and the penalty kill for Mt. Juliet kept Centennial-Page at bay. The second minute came up and due to either bad communication or missed man assignment; the penalty kill was able to roar the team back to life. Centennial-Page was put on their heels as two shorthanded goals were scored in 10 seconds by Tristen Arkon and Lawson Smith. Suddenly it was a 4-4 game and the game could go to anyone. Centennial-Page would breathe a sigh of relief though as Theodore Whitaker would get the go ahead goal at 3:52 near the end of the second to make it 5-4 Centennial. Watkins would pick up a third assist and fourth point for the night, while Blake Sledge would notch a point as well.

The third started and the action was back and forth as the game hung in the balance for each team. Mt. Juliet was looking to continue their undefeated streak and Centennial-Page hoping to go on their own streak. Credit must be given to both Gibson and Clemons as each stood tall and kept their teams in the game. Both made amazing plays stopping breakaways, point blank shots, and whatever else each team could throw at them. The post decided to get in on the action as well and have some fun, ringing pucks away from the prize three separate times as the shots flew from sticks. The end would be decided by special teams though.

With 1:45 left in the third, Lawson Smith of Mt. Juliet would be called for hooking and go sit in the box. Looking to be down a man for the remainder of the third, Gibson was pulled for the extra man to even it back up. The battle was hard fought, but Watkins got the puck to Blake Sledge who would be able to break away from the pack and easily skate the puck down for an empty net power play goal making it 6-4 Centennial giving them a solid win over the valiant efforts of Mt. Juliet.

Both teams played exceptionally well given the circumstances each faced. Scoring was across the board for each team and special teams were given plenty of chances to stand out. Tanner Watkins would put up an impressive night leading Centennial-Page with 1G/4A . He now leads Centennial-Page with 6G/5A in three games for 11 points. Lawson Smith would lead Mt. Juliet with 2G. This puts him second in points for Mt. Juliet with 4G/2A in three games for 5 points. Tristen Arkon leads the team with 6G/3A for 9 points. Jackson Clemons would make 19 saves on 23 shots for a .826 save percentage and Sebastian Gibson made 23 saves on 29 shots to end the night at a .793 save percentage.

After the game, Centennial-Page Head Coach Mike Barnes and Captain Brandon Seymour spoke about their feelings on the game and how they will look to improve their special teams going forward.

Mt. Juliet Head Coach Jasen Riherd and Captain Nick Roman also spoke on their team’s effort and what they need to do going forward.

Teams will resume play next week as Mt. Juliet will play Blackman-Stewarts Creek on Monday, November 6th at 7pm. Centennial-Page will look to keep their win streak going, playing Independence-Summit on Wednesday, November 8th at 8:30pm. Each game will be played at Centennial Sportsplex PlexB. 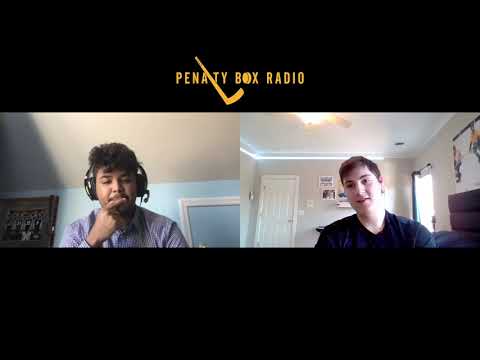 A conversation with Kal Essenmacher of Brentwood High School