NHL draft scouting report: the best of the rest

We have reached our final scouting report here at Penalty Box Radio. With the NHL draft two days away, we decided list out a few other potential draft prospects that are either longshots or reaches. We call this: the best of the rest.

What they’re saying about Tolvanen:

“A lock for the early first round of this June’s NHL Draft, the 5’10”, 170-pound Finnish forward has not disappointed in his second campaign with the Sioux City Musketeers. A deadly offensive threat with speed to spare and an extremely quick, forceful shot (leads the USHL with 157 SOG) that he needs little space to release.” – Kevin Wickersham, the Hockey Writers

“He has plenty of speed, hockey sense and intensity to complement a solid skill set and NHL-caliber release. Tolvanen (5-10, 170), born in Finland, will attend Boston College in 2017-18.” – Mike Morreale, NHL.com

What they’re saying about Strome:

“Strome (6-3, 206) is bigger and stronger than his older brothers, forwards Ryan Strome of the New York Islanders and Dylan Strome of the Arizona Coyotes. The youngest Strome brother is strong down low and is skilled at using his body to protect the puck. He’s very hard to check, has excellent hockey IQ and is a good finisher.” – Mike Morreale, NHL.com

“Such a smart player whose main calling card is his high-end hockey sense. He’s never been the best skater, but always produces. Loaded with potential.” – Jeff Marek, Sportsnet

What they’re saying about Ratcliffe:

“Tall and gangly with lots of room to add muscle but his on-ice game is progressing at a very good clip this season. Skates better than you would expect a growing 6-6 kid too and has some real offensive potential. Dangerous anywhere around the crease.” – Dan Stewart, Future Considerations Scouting Director

What they’re saying about Andersson:

“A late ’98 birthday, Andersson is an excellent two-way player who excels in every part of the rink. Can completely drive a line with the way be attacks the game. Not sure if he’ll ever have elite skill, but is such a valuable player.” – Jeff Marek, Sportsnet

What they’re saying about Norris:

“He can hammer a puck. He can skate. He’s got a great first step. He competes, and he’s coachable. He’s got a lot going for him. I think he’s got a great deal of God-given talent. He is a heck of a kid and extremely coachable. Those items right there lead up to a player who has some ability and a bright future.” – John Wroblewski, U.S. NTDP Under-18 Coach

What they’re saying about Anderson-Dolan:

“Excellent skater with strong hockey sense and a high compete level. Set the tone physically and offensively for his team. Plays in all situations. You win with players like this. I like this player.” – Dennis MacInnis, ISS Director of scouting

“Plays a like a pro, stops on pucks, feet moving, head up, always looking for holes, is the shooter on the PP. Plays in every key situation and plays both ends of the ice. Big upside to this player but will need to get stronger for next level.” – Milan Dragicevic, ISS Scout 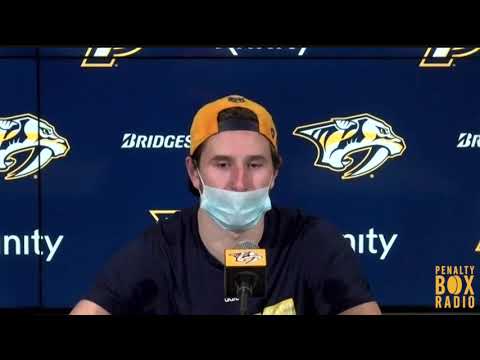 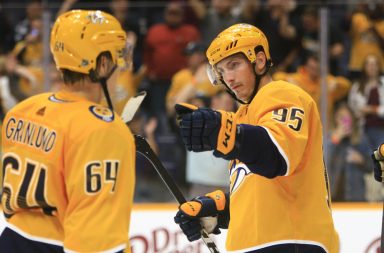