What are the new Adidas jerseys saying

You know the old saying, “a picture is worth a thousand words.” Well, what if we could actually hear what the new Adidas-branded jerseys are trying to tell us. Last night, in a ceremony held in Las Vegas, the NHL, in partnership with Adidas, released the highly anticipated “sweaters” to be worn starting this season.

Adidas has been hashtagging the release for several weeks (feels like years) with #FormTheFuture in reference to the sleek new look and the manufacturing which is resulting in roughly 19% lighter threads.

The response was most definitely mixed on social media, especially here in the Nashville area.  Much of what folks said regarding the Predators new jersey were along the lines of “boring” and “looks like a practice jersey.”  But, if given a voice, here’s what I think some of the jerseys would say:

Please remember, this is satire and is meant to be funny (even though some of you may not laugh, but OH WELL).

Photo courtesy of the Anaheim Ducks

We’ve drawn a road map on our sleeves so next time we skate into the playoffs by playing in the Pacific Division, our fans can avoid traffic and show up on time.

Photo courtesy of the Buffalo Sabres

Photo courtesy of the Chicago Blackhawks

We’ve forgotten what our regular jerseys look like, so we went with our outdoor ones instead.

Photo courtesy of the Dallas Stars

It’s like when our mom used to write our name on our underwear waistband before camp (seriously…”Victory Green” is the best thing they came up with for the collar).

Photo courtesy of the Minnesota Wild

When we can’t even give these away to kids 13 and under, we always have Dallas’ stuff to steal…er, fall back on. But for real, these are pretty strong given the other choices.

Notice our Cup years?  Look at them!  Love them!  Pay no attention to the last 15 years!

Just because we couldn’t use John Tavares’ face.

The buffet at the MGM Grand isn’t the only thing that’ll make you nauseous.

Photo courtesy of the Washington Capitals

Because “NHL Stanley Cup Playoff First Round Champions” is too long…and it’s not really a thing.

Then, finally, we have our beloved Nashville Predators.

Photo courtesy of the Nashville Predators

I’m a huge fan of the six strings on the numbers.  Of course, the piano keys remained on the inside of the collar, but losing the navy blue around the shoulders, to me, is what makes this bland.  The blue gave it a little pop.  Tell me what you think the new Preds jersey says to you.

At the time this was drafted, the NHL released that the Predators will have their home opener on October 10th, versus the Philadelphia Flyers, at which time, you will want to make sure to arrive early.  There’ll be a ceremony beforehand to add some new decoration inside of Bridgestone Arena. 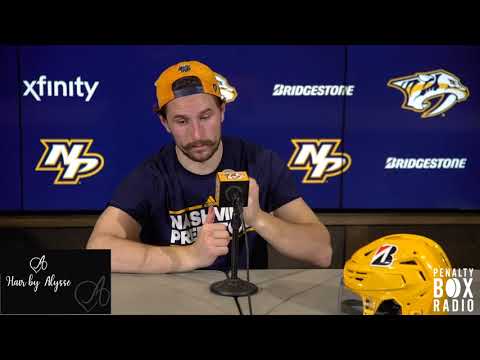 Preds unable to mount comeback after another slow start 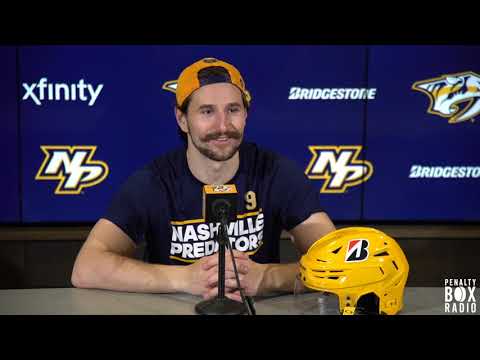