The Hungry Predator: Dining With the Sharks

Tonight the Predators are in San Jose to take on the Sharks in The Shark Tank.

The San Jose Sharks had their inaugural season in 1991-92. The formation of the team is somewhat complicated, but here’s the short version: the California Golden Seals played in Oakland, moved to Cleveland, purchased and merged with the Minnesota North Stars, then part of that team was sold to investors who wanted a Bay Area team, and thus were awarded an expansion team in San Jose. They do not have any Stanley Cup victories, but have six conference championships since 2001.

They have a super cool entrance onto the ice: they skate out of the head of a shark. Any time they go on a power play, the theme from Jaws plays and fans do “The Chomp,” which is exactly what it sounds like: the Gator chomp from Florida, but for Sharks.

San Jose is a very diverse city. Finding culinary information specific to the area proved to be a somewhat difficult search. I did not encounter much that spoke to a culinary identity in terms of home cooking, but rather a lot of trends in what sorts of foods are available at restaurants. The types that stood out the most were authentic Mexican foods and Vietnamese foods.

For today’s post, I chose to do Mexican street tacos, which are widely available throughout San Jose. Every year, they host the Taco Festival of Innovation, whose names lends to both the love of tacos and the fact that San Jose considers itself the capital of Silicon Valley. The same organization also hosted a bacon festival this year. Both festivals are centered around food trucks delivering the very best in mobile foods.

There are of course many other places to get tacos in town: the Mezcal Mexican Restaurant and Bar offers unique selections such as fried grasshopper, and the staff will make sure that you know the difference between mezcal and tequila when it comes time for refreshment. There are some hole-in-the-wall places such as Tu Mero Mole, Dia de Pesca, Iguanas Burritozilla, La Victoria, and La Costa that offer both traditional tacos and fish tacos famous to the area as well.

On the Vietnamese front, check out Bun Bo Hue An Nam, where you can get things such as penis of oxen included in your meal. Vung Tau has won several awards for being the best Vietnamese restaurant in the San Jose area. If you’re looking for pho noodle soup and a place with a name that sounds dirty if you say it too fast, check out Pho Kim Long.

If you’re not in the mood for tacos or Mexican food, there are lots of fun little places to visit. Psycho Donuts makes some massive and extremely unique donut concoctions. For an ice cream fix, stop by CREAM, who specialized in hand-crafted ice cream sandwiches, ice cream cookies, and ice cream waffle tacos. If you’re in the mood for seafood, stop by The Boiling Crab and get some Whole Sha-Bang sauce on your food. For some nightlife, check out the SoFA (South First Area).  There are tons of night clubs, restaurants, bars, markets, and plenty of adventures to embark upon.

Today’s recipe is pretty simple.  I stuck to the very basics of street tacos, but feel free to add your own garnishments and toppings to satisfy your hunger! 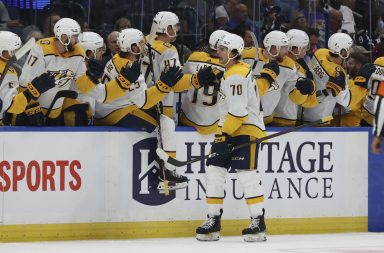