The Hungry Predator: Dining with the Senators

Today, the Predators travel to Ottawa, Ontario – Canada’s capital city – to take on the Senators. The Canadian Tire Center is technically in Kanata, Ontario, a suburb of Ottawa.

The Ottawa Senators in their current incarnation began play in the NHL in 1992. While they don’t have any Stanley Cup championships, they have made the playoffs in 15 of the previous 18 seasons and have had one Stanley Cup Final appearance. A team called the Ottawa Senators also existed in professional hockey from 1883-1934 (beginning play as part of the NHL in 1917) and won 11 Stanley Cup titles during that time frame. They briefly moved to St. Louis and were known as the Eagles.

Their logo is a drawing of a head wearing a helmet designed to look like a senator from the Roman Republic. Their mascot is Spartacat, a lion whose scraggly hair and appearance is somewhat reminiscent of Animal from the Muppets. Their fans refer to themselves as the Sens Army and often coordinate dressing up in Roman gear to attend both games and pep rallies, the latter of which is the Sens Mile, an honorary designation given to Elgen Street.

Although I’ve always been accustomed to the general stereotypes surrounding Canadian food, until I started doing research for these posts I knew very little beyond the basics. Two food items continued to jump out from Ottawa: BeaverTails and shawarma. I chose BeaverTails for this post for one simple reason: I had a very short time frame in which to prepare something before heading out of state for the weekend and BeaverTails are pretty simple to make. No, they’re not something that comes from an actual beaver (though a family friend does some trapping and has beaver tail meat in his freezer for us to try sometime) – they’re basically Canadian elephant ears with extra goodies piled on top. BeaverTails is an actual chain of restaurants in Canada, and was first opened and still does the majority of its business in Ottawa.

That said, I would still like to attempt to cook shawarma sometime in the future, so be on the lookup for a follow-up Ottawa post one of these days. Shawarma is an Arabic dish and has been popularized in Ottawa by its large Lebanese population. To prepare, start out with a large cut of meat meat (typically beef, lamb, chicken, or turkey), slow cook it over the fire all day, and then wrap it up in pita bread with cooked vegetables. Imagine if a Greek gyro and a burrito had a slow-cooked-meat and vegetable cousin, and you have shawarma.  Someone please inform Tony Stark. Quite a few sources and forums reference the Shawarma Palace as being the best in Ottawa.

If you need a drink and/or want to visit someplace with a long, crazy history, check out Château Lafayette (referred to as The Laff by regulars). Established in 1849, it is the oldest tavern in Ottawa (and actually existed before Ottawa itself was named in 1855) and has the oldest operating neon sign in the city. There are rumors that The Laff doubled as a brothel at one point in its history, but also that both the first Prime Minister of Canada, John. A MacDonald, and Queen Victoria have both graced the tables with their presence.

The Elmdale Oyster House and Tavern is a favorite for Prime Ministers, local and traveling celebrities, and  Senators of both the political and NHL variety. The original owner in 1934 was Bill Cowley, who played for Ottawa’s senior league team before being called up by the aforementioned St. Louis Eagles. He went on to win two Stanley Cup championships (’39 and ’41) playing for the Bruins before moving back to Ottawa and opening the establishment.

For an interesting Canadian twist on foods you might be more likely to find in Nashville in their original form, check out Union 613.  Some examples of these are shrimp and grits with tasso and cherry tomatoes; fried chicken with pepper vinegar; squash and mushroom pot pie; French toast with white chocolate whipped cream and bacon; a chicken & waffles sandwich with a sunny side up egg and pickled green tomatoes; sausage and biscuit sandwiches with poached eggs and arugula; cornbread with brown butter; roasted garlic hominy grits; and frito pies with pickled jalapenos and cilantro.

If you’re specifically in Kanata for the game and looking for some more unique ethnic food, check out the Urban Turban for some authentic Indian food that doesn’t dumb it down for the western hemisphere. The food is fresh and authentic, and I like the catchy name.

And since there’s always room for dessert, that leads us back to the BeaverTails. I made three varieties: lemon sugar, cinnamon sugar, and maple frosted with bacon. There are countless combos, but these are what sounded good to me today. Another of the most popular varieties is a nutella and banana slice topping.

Here’s what you’ll need for the dough:

To make the maple buttercream frosting you will need:

Here’s what you do for the dough:

For the first two varieties, I just drizzled lemon juice or sprinkled cinnamon on top as soon as the sugar was on.  Here is how to make the maple buttercream with bacon variety:

Note: In a moment of poor judgment, I neglected to consider that adding the buttercream frosting to the BeaverTails while they were still hot would melt the buttercream.  However, it still tasted really good.

I am definitely growing weary of making dough, so when the Preds get back on the road the next recipe will NOT involve making dough – I promise! 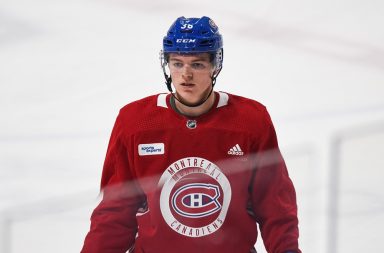 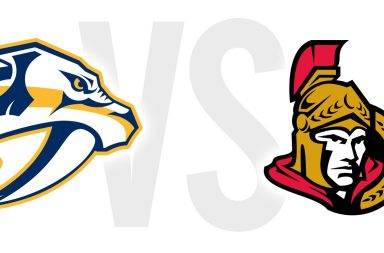 Predators vs Senators Preview! Preds are Warmed Up