When it comes to discussing prospects with someone, size is always a controversial topic. For some, size doesn’t mean a thing, while for others, they’re more likely to take a bigger, stronger player than a smaller speedster. For some, such as Chris Martenet, size could be the main reason that they ever make it pro, but if you can prove to be effective in other traits, you won’t be just the next roster filler.

Martenet wants to make an impact.

Martenet, 18, isn’t one of the more standout defensemen in the draft class, but he’s definetly an intriguing option. Always considered to be a solid blue liner, Martenet spent two seasons with the Shattuck St. Mary’s Midget AA team, one of the most prestigious prep schools in the United States. He never actually played a game with the stronger AAA team during his time with the club, but did manage to put up and impressive 47 points 80 games from the point during his two year stint with the club.

After leaving the prep school, Martenet went to the USHL to play with the Indiana Ice in their final season before the team closed down. Martenet didn’t see a lot of action with the club, skating in just 35 regular season games and two playoff games, but did end up winning the Clark Cup as league champions.

Undrafted into the CHL and not interested in going to the NCAA, Martenet signed with the OHL’s London Knights for the 2014-2015 season, helping add size to a young, small blue line. London didn’t have one of the better defensive rosters, averaging 36.4 shots against for the sixth worst mark in the league. Martenet was mainly a bottom line defensive option, spending a lot of time with fellow 2015 NHL Draft prospect Brandon Crawley in a role that saw around 12 minutes of ice time a game. For both, the inexperience was definetly clear, but Martenet proved to get better as the season went on.

Let’s just put it simply: he’s huge. Standing at 6’7 and 198 lbs, Martenet is one of the tallest players in the entire draft. For a guy of his size, Martenet is a decent skater with a good stride, something that’s needed of someone that’s that tall if he’s to become anything more than a giant pylon. Martenet is a very mobile blueliner and if you give him an opportunity, he isn’t afraid to skate up the middle and create a play in front of the opposing net. Don’t expect him to put up a lot of points, however, but his seven goals this past season was a good indication that he can launch the puck from the blue line.

If his size wasn’t scary enough, Martenet wins most of his battles along the boards and is simply a tough defenseman to go one-on-one with. His wingspan is incredible, allowing him to reach out and tip some shots away from the London net while taking up a a lot of space in front of the net. He isn’t just a giant road block, however, as his puck moving skills were something to watch during his OHL rookie season. It’ll be interesting to see how he battles against stronger, older competition in pro hockey, but for now, he’s definetly an interesting project player.

Martenet is expected to return to the OHL this coming season following the NHL Draft. Projected as a mid-round option, expect him to find himself somewhere in the fourth round (I have the Colorado Avalanche selecting him at 101st overall in the upcoming PBR mock draft). He’ll be one of the older defensemen on a core group that includes future stars Victor Mete and Evan Bouchard, among others. Expect Martenet to get a bigger role this season with the club, mentoring the younger prospects at the same time. London is expected to be a big contender in 2015-2016, so there will be a lot of time to get to watch Martenet in person before he eventually makes his way into the pro game in a few years. 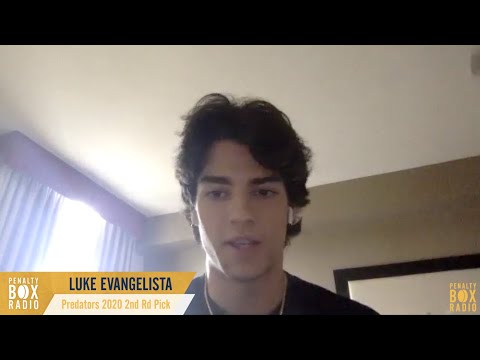