The 2-1 score doesn’t speak for how dominating of a performance the Nashville Junior Predators had over the Texas Junior Brahmas Friday night at A-Game Sportplex in NA3HL playoff action. After going up 2-0, the Junior Predators played shut down hockey and allowed the only Texas goal in the last minute while on a penalty kill facing a six on four.

“Especially, when you’re up two to nothing in the third with 10 minutes left, you don’t need to go and score a goal,” said head coach Karlis Zirnis. “You just need to make sure you don’t give up a high quality scoring chance for them. Just keep them outside, sticks in lanes, bodies in lanes and smart, easy hockey.”

In the third period, Nashville dominated puck possession and completely shut down the Brahmas by not allowing any quality chances while in the zone. If Texas did somehow find a way to get the puck into the Junior Predators zone, it was quickly cleared.

“We want to pressure them as much as we can and not give them any time or space to let them generate opportunities,” said forward Trent Kulczyk. “The more we can pressure them, the less chances they’re going to have. It’s always nice to have a lead going into the third, but just outwork them and get pucks out of the zone. We have to keep our lead.”

Zirnis credits the ability to shut team down to the immense depth of the team.

“Our depth is one of the biggest factors,” said Zirnis. “We don’t have just a number one line on the team. We have a bunch of number 2 and number 3 lines. On most teams in this league, our fourth line would be playing much higher. We have four good lines, and guys that are sitting out, ready to go. We’re very deep all the through, so that’s why in the third period we can take over games because we roll all four. Hard on the forecheck and take away opportunities.”

Before getting the two goals from Nickolas Tandeski and Matiss Gelazis in the second period, the first period started off fairly slow as the teams exchanged opportunities but none could get through.

“We were just trying to get rolling,” said Kulczyk on the first period. “Lately, we’ve had some slow starts, but we just have to pick it up right off the bat. That will make things easier on us during a tie game or trying to get a lead.”

Game two of the best of three series is Saturday afternoon at 5:00pm and Nashville will look to finish off the Brahmas to avoid playing a game three on Sunday. Last week’s series against Point Mallard went all three games, and it’s something the team wants to avoid this time around.

“We just have to learn,” said Zirnis. “This game is about learning and then moving on. We have to learn from last week where we took it for granted and played too loose going in. It us all the way to game three to figure it out and come through. We have to focus. At this point of the year, everyone knows the system on the team, everyone knows how to play. Now it’s just the mindset and the focus and coming in here being hungry for the win.”

Throughout the course of the season, and especially the playoffs, motivation is key for keeping teams focused. According to Kulczyk, Zirnis keeps them motivated in a special way.

“He yells a lot,” said Kulczyk with some laughs. “It’s all good though. He just makes sure we know what we’re playing for. These aren’t just regular season games anymore. Those games don’t matter. We restarted last week when we faced Point Mallard, so we just have to keep it rolling and work our way toward nationals.”

No matter how this series ends, the Junior Predators will be in Chicago next weekend for the Silver Cup Championship Tournament. Since they finished the regular season as the top ranked team, they would enter as the Wild Card no matter what. Finishing off the Brahmas would only give them a high seed in the six-team tournament which consists of the five divisional round winners and the top wild card.

Be sure to listen all games right here on Penalty Box Radio as our own Peyton Turnage provides play by play. 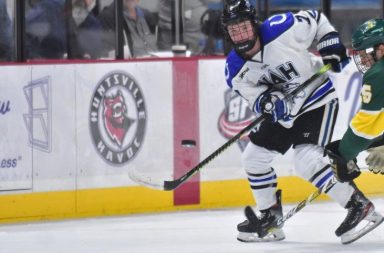 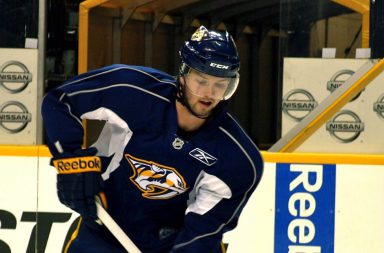 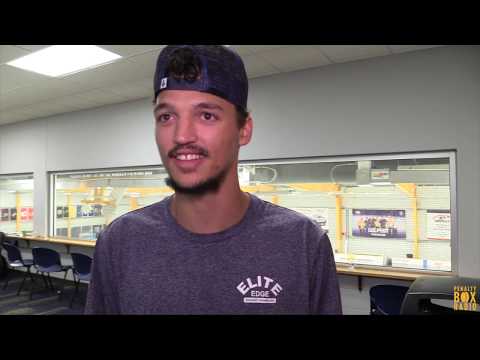