In many sports, having a famous father tends to be the death of any chance of their offspring living up to their potential. Take Dale Earnhardt Jr. for example. His father, Dale Sr., was a NASCAR legend, winning seven Winston Cup Championships before his pre-mature death during the 2001 Daytona 500. While many expected Dale Jr. to mimic his dad’s success on the race track, his actual performance has struggled for many years. In fact, Jr. has yet to win a championship, and while 2014 may prove to be his year, it’s been a roller coaster 15 year career for one of NASCAR’s most popular drivers.

Jeremy Brodeur is probably hoping the same doesn’t happen to him if he is to ever make the National Hockey League. The son of legendary puckstopper Martin Brodeur, Jeremy has already proven himself to be an accomplished youngster, and with the commencement of the 2014-2015 Ontario Hockey League season, the pressure is on for him to stand out during his NHL draft year.

Jeremy was selected in the 8th round of the 2013 OHL draft by the Oshawa Generals. Jeremy spent last season with the famous Shattuck-St. Mary’s prep team, where he posted an incredible 22 wins to go along with just four losses. Additionally, he finished with a 2.18 goals against average and a .919 save percentage while leading his team to a league championship in 2014.

Jeremy is part of a legendary hockey family, of course, but he isn’t the only one still hoping to make the NHL. Anthony, the oldest of the three hockey playing brothers and also a goalie, was chosen in the seventh round (No. 208) by the Devils at the 2013 NHL Draft. Jeremy’s twin brother, William, is, shockingly, not a goaltender, and currently plays for Shattuck-St. Mary’s, where he posted 10 goals and 32 points in 46 games last season with the legendary hockey school.

While it’s always to have one of the greatest goaltenders in the world as your father, having a brother that also plays the position at a high level is just as important to his success. While Martin can be able to teach him the fundamentals and mental side of the sport, Anthony does boast a more modern style that bleeds into Jeremy’s style.

Unlike his dad, Jeremy’s a modern butterfly goaltender. He has fantastic athleticism, but is very positionally sound and doesn’t rely on flopping around the crease to make stops. Mentally, Brodeur looks calm, cool and collected and doesn’t react often to enemy movement around the crease. Like his father, Jeremy is a battler, never giving up on what plays that should prove to be an easy goal.

Brodeur has been surrounded by incredible talent for his entire life, and it wont stop in the OHL. With 19 year old Ken Appleby manning the pipes as Oshawa’s starter this season, the youngest in a family of goaltenders will have time to continue to learn during his first season in the OHL. Brodeur had a very strong showing in his debut for the Generals in late September, and while the stats wont back up that point, poor defensive coverage by his teammates in front of him had a big influence in the final outcome that saw Oshawa drop a 5-4 decision in overtime to the Mississauga Steelheads. 2014-2015 will prove to be a learning season for Brodeur, and with the 2015 NHL draft looming in the shadows, expect the young puckstopper to make a name for himself while escaping the big footsteps left by his famous dad. 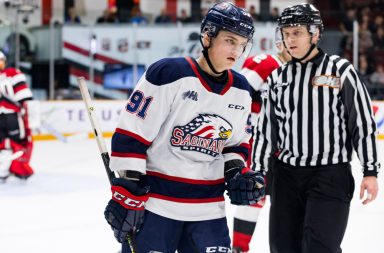 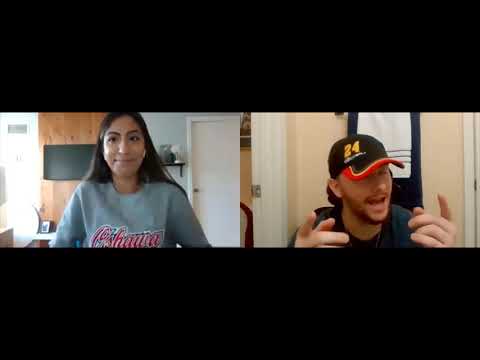 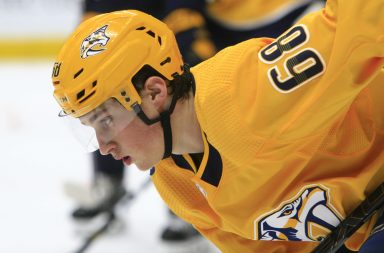