If you can’t get enough hockey this weekend in Smashville, you can watch a hockey double header. The fun begins Sunday afternoon at 1 pm when the Vanderbilt Commodores welcome instate rivals and SECHC foes, the Tennessee Ice Vols to the friendly confines of the Bridgestone Arena in the fourth annual Interstate Faceoff series. At 7 pm, the Nashville Predators welcome former Predator Joel Ward and the playoff contending Washington Capitals for a Sunday evening tilt.

The I-40 Faceoff will be a great game to get your hockey blood flowing prior to watching Shea Weber and company Sunday evening. On the last weekend of January, the Dores traveled to the Knoxville Coliseum to take on the Ice Vols. Vandy secured the third place spot in the SECHC East with a 6-2 win on Friday night. UT bounced back and took a hard fought 5-4 victory on Saturday to split the two game series.

This season ending game isn’t just about bragging rights. At stake is the Culpepper Jefferson Memorial Trophy. The “Cullie” has never made the trip east on I-40 to Knoxville. The Dores have won both previous faceoff matchups against the Vols.

We look forward to seeing you Sunday in Smashville!

If you’re out of town, but still want to listen in on the action, Penalty Box Radio has partnered with Middle Tennessee Sports Network to broadcast the game. You can listen here as Zach Bryan and Kevin Whitmire bring you the action with bench side reports from Ben Butzbach. 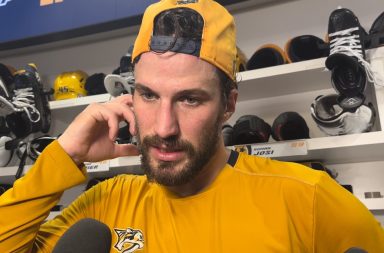 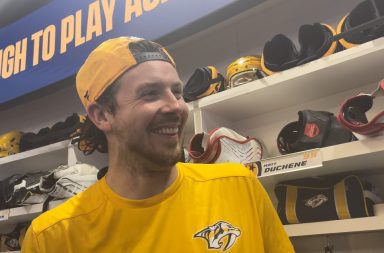