The Vanderbilt Commodores traveled east on I-40 last Friday to take on SECHC East rivals, the Ice Vols. On the line in this game were the final two positions in the SECHC East. Vandy needed one win to secure SECHC East # 3 and the Ice Vols needed both wins to ensure that position.

Vandy jumped out early to a 1-0 lead on their first shot of the game. The Dores would score again in the first period and take a 2-0 lead into the first intermission. The Ice Vols would score twice to tie the game in the second period before Vandy would take control. Vandy scored three goals in the second and one more in the third to win the game 6-2.

With a split series, Vandy finished 8-12-1 on the season and 4-4-0 in the SECHC. Gathering eight SECHC points on the season, Vandy secured third place in the East for the SECHC Tournament this weekend in Pelham, AL.

The Dores open with Alabama on Friday at 7 pm CT at the Pelham Civic Complex. Below you will find the brackets for the tourney.

Check back with Penalty Box Radio for full coverage of the SECHC Tournament. 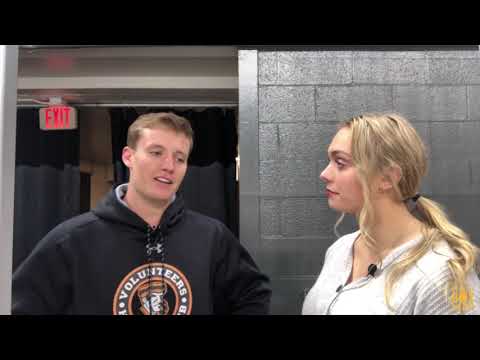