The Nashville Predators recently acquired top prospect Filip Forsberg from the Washington Capitals. We took a moment to speak with Dennis MacInnis of ISS Hockey to get a scout’s view on Forsberg.

Justin: Filip Forsberg is considered NHL ready or very near it by many people in the hockey world. What about his game makes him different from other teenage prospects?

Dennis: Forsberg is clearly one of the most promising up-and-coming prospects in the game,  incredibly gifted well-rounded player that makes everyone around him better. He is the ultimate team player that can switch from role to role with ease, sometimes on the same shift.  His Pro potential is off the charts.

J: Do you see Forsberg making an immediate impact and playing in the NHL (Nashville) next season? Why?

D: Yes power-forward capable of playing a consistent, top-six role in the NHL and once he physically matures, he could be very difficult to contain. Size, speed, intelligence, vision and an unmatched passion and determination to succeed. Forsberg is the kind of player you can’t help but like more and more every time you get to see him play.

J:  What current NHL player can Forsberg’s play be most related to?

D: Jordan Staal –  can do everything well and his technical skills would all rank in the excellent category or [at] least border on it.

J: What type of point production do you think could be expected out of Forsberg on a yearly basis?

D: With continued development no reason he can’t be point  a game player. (80 games 80 pts). He can simply dominate the puck when he wants to. One of the best shots in his age group.

J: In your opinion, who “won” the trade between the Predators and Capitals?

D: For the present, Capitals. However, long-term – hands down Predators win “big time.” David Poile deserves a lot of credit for putting this deal together.

J: Any other quick thoughts on Filip Forsberg and what he brings to the Nashville Predators’ system? 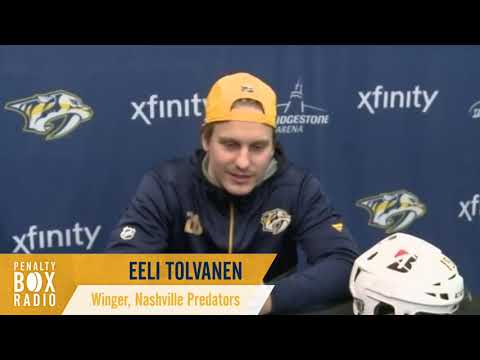 Tolvanen and Forsberg on power-play goal in win over Detroit 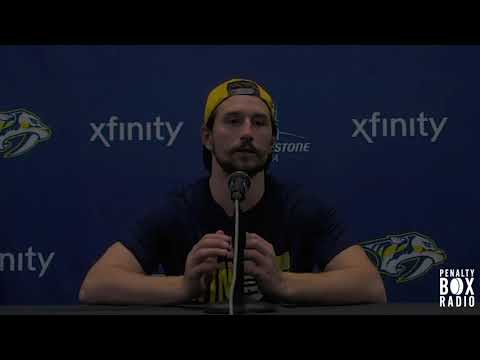 Forsberg and Hynes on crash the net offense