HUNTSVILLE, Ala. – The University of Alabama in Huntsville secured its home in the new landscape of college hockey on Thursday as the Western Collegiate Hockey Association voted to extend an invitation of membership to the program at the league’s meeting in Grapevine, Texas.

“We’re pleased that our ice hockey team is going to have the opportunity to compete and grow in a NCAA Division I conference,” said UAH President Robert Altenkirch. “We believe that our affiliation with the Western Collegiate Hockey Association will be a tremendous boost to our recruiting, scheduling and our ability to be competitive on the ice.

“We want to thank the WCHA and its member institutions for their confidence in allowing us to be a part of their conference. Their affirmative vote will invigorate our ability to maintain our great hockey tradition.”

UAH Director of Athletics Dr. E. J. Brophy said, “All athletic programs experience special defining moments, and our hockey program’s acceptance today into the Western Collegiate Hockey Association is certainly one of those moments. The WCHA is a preeminent hockey conference in America, and I know that our student-athletes, coaches, fans, friends, alums and the people of Huntsville are ecstatic and proud of this giant step for our ice hockey program.

“The last time we were in a conference, we won the conference tournament and advanced to the NCAA tournament, which will be our immediate and ambitious goal when we begin play in the WCHA. It is a banner day for the Chargers.”

Dr. Brophy joined President Altenkirch as the pair presented to the league’s presidents on Thursday morning before the group voted to welcome the Chargers to the conference. UAH’s membership will be effective as soon as 2013-14.

President Altenkirch also extended his appreciation to the Huntsville community. “Support from the community we have received thus far was an important factor in our success in being accepted into the WCHA,” he said. “Today, we cleared one hurdle. We look for continued and expanded community support to help us meet the challenge of creating long-term sustainability for our ice hockey program.”

With UAH joining the WCHA, it ensures that the program’s fiercest rivalry will continue on an annual basis.
Bemidji State and UAH met four times in the 1990s with the Division II national championship on the line, and the Chargers took home the title in 1996 and 1998. The two teams were also both members of College Hockey America as the squads have skated against each other 70 times. 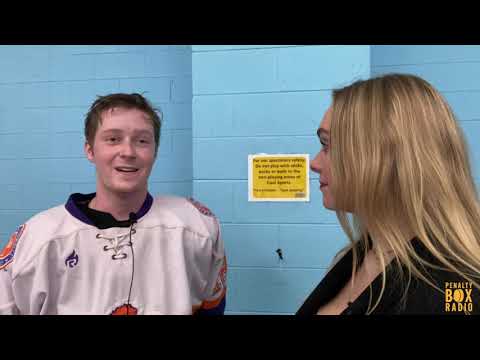 Clemson roars back to defeat Tennessee in overtime